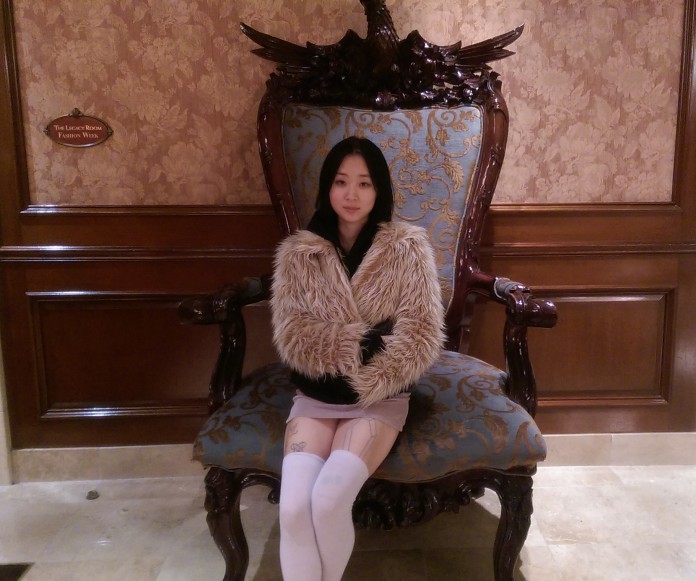 In lieu of the upcoming release of their final album, The Powers That B, experimental hip hop trio Death Grips has released a new album of electronic music titled Fashion Week. The album is a collection of instrumentals the band has described as a “soundtrack,” though to what no one is really sure. The simplest, most obvious, explanation is a soundtrack to the various Fashion Week events popping up in a few major cities around the globe in mid-February. Unsurprisingly, Death Grips has no connection to any of these runway extravaganzas, with their abrasive music and persona often serving as an antithesis to the snobbery and “class” attached to the events. One can only conclude the homage is ironic, and after listening to Fashion Week it’s clear that Zach Hill and the crew were going for the opposite of the plastic-y brand of dubstep usually played on the runway.
The album was released on Jan. 4 as a free download on the band’s website, thirdworlds.net, without any announcement or promotion prior to its release. However, this is pretty normal for Death Grips. From randomly canceling concerts to announcing their breakup in the middle of a tour with no warning, the group has garnered a reputation for tumultuous, sometimes self-destructive, impulsiveness. When told by Epic Records they could not release their album No Love Deep Web until 2013 even though they wanted to release it in 2012, they leaked it online anyway without the label’s knowledge. The leak violated their recording contract and led to Epic dropping the band entirely, a course of events that would usually put a swift end to most up-and-coming artists.

However, Death Grips aren’t most up-and-coming artists. By the time Epic caught wind of their betrayal, Death Grips already had such a large following from underground music fans and certain off-kilter websites (4chan, *cough cough*) that it really didn’t even matter. Death Grips found mass acclaim in the short span of one or two years because of online self-promotion, and a style totally, even aggressively, unique. Their success was not tied to a major label, so why should it be cut short by one?

Fashion Week itself is the group’s first album without rapper/vocalist/screaming dude MC Ride, leaving the songwriting to drummer Zach Hill and keyboardist Andy “Flatlander” Morin. While MC Ride’s vocals added a fierce edge to Hill and Morin’s hard-hitting experimental beats, his absence allows listeners to focus solely on the musical aspect of Death Grips, making their music more accessible. All the songs are still experimental but share some resemblance to popular electronic music, especially dubstep, and all last about 3-5 minutes. The arrangement of the track list itself is also interesting: the individual tracks are all titled “Runway” followed by a letter, eventually spelling out “JENNY DEATH WHEN,” a reference to the title of the second half of their final album, Jenny Death.

The album starts off with “Runway J,” a chaotic tune featuring many of the common instrumental elements featured in the remainder of the album, including modulated keyboards and assorted sounds echoing off longer than the ear expects, resulting in a clubby industrial feel. Many of these songs, including “J,” are bangers, just not your average run-of-the-mill bangers you’d find in a dance club on State Street or a backyard in Isla Vista. The hardest-going song on the album has to be “Runway H.” It’s one of the simpler songs on the album, contrasting low-pitched modulated bass with a triumphant chorus dripping with bravado. “Runway W” immediately follows “H” and takes us on a musical journey featuring trappy-sounding chimes layered together with deeper sounding chimes, heavily reverberated chimes, ringing chimes, electric chimes, modulated chimes, and even spacey chimes. A really cool musical exploration.

I could go on and on about all the cool ideas each song brings to the table, but in the end reading about music is nowhere as interesting as listening to it. If you’re looking for an awesome, hard-going album that is unlike anything you have ever listened to, I’d highly recommend Fashion Week.