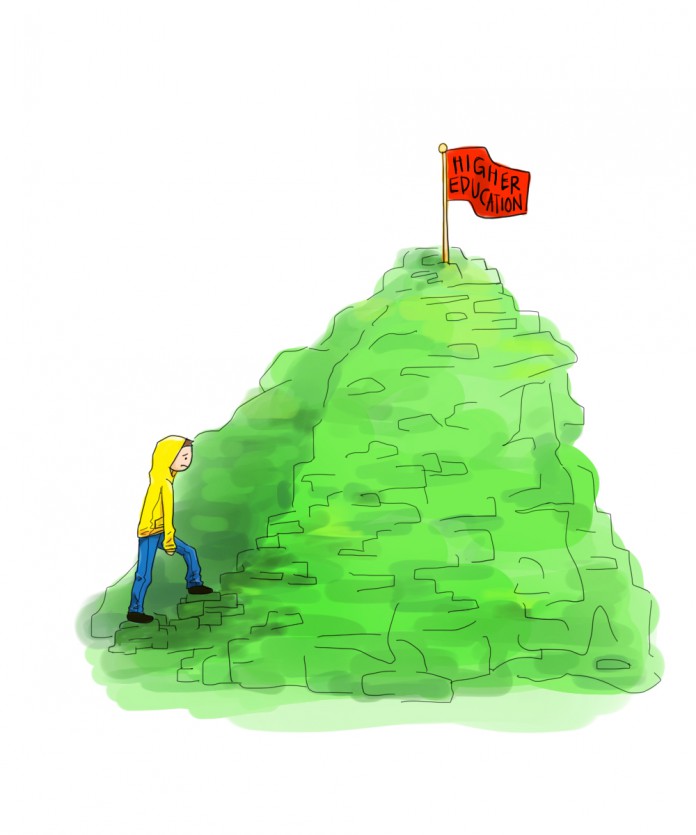 I was interested to learn a couple weeks ago that the schools in the University of California system were once free from tuition. Those days are long gone, but the designation of the universities within this system as “public” still holds great weight when it comes time for students to decide upon the university which they will attend. These students go in knowing that while their schools may not share the luxury of being undeterred by funding, as many private institutions are, they will at least offer a valuable education, and a relatively inexpensive one at that. Unfortunately, the last part of that assessment now stands to be challenged. A couple weeks ago, the University of California Board of Regents passed a proposed raise in tuition costs for students attending in schools in the UC system.

Under the new system, students will have to pay as much as five percent more in tuition than they already do for each of the next five school years (meaning tuition for California residents will rise nearly $3000 in that time). The move has had its share of proponents and opponents alike. Janet Napolitano, the president of the UC system, supported the change heavily as she believes the tuition hikes will aid in retirement benefit plans for faculty as well as streamline money into maintaining jobs and departments within the UC system. Meanwhile, California governor Jerry Brown, who is also a UC regent, had opposed the motion before the vote, insisting that the UC system consider cutting costs internally instead of placing the burden on the students.

The students themselves had taken to marching and protesting the motion before the vote and continue to be widely against the hikes after the Board voted to pass the motion by a count of 14 to 7. The larger implication of this rise in tuition is not the increased payment, however, but the lack of value that the system is placing in its students.

Public universities exist for a reason, and a good one at that. Their presence offers a service to students, one that necessitates a commitment to education without requiring, and indeed expecting, deep pockets. One could certainly contend that many students attending schools in the UC system are exempt from paying tuition, thanks in large part to grants that families can receive if their incomes are low enough. However, that leaves the rest of the UC population out to dry. I’m speaking of those students, like myself, whose families generate enough income to be deemed capable of sending their children to a UC with little to no financial aid, but still feel burdened by the hefty numbers that fill their bills when it comes time to pay. Now, these families are being told that their payments will only become more straining as time moves forward. These hikes are doing nothing short of tossing around, much like a rag doll, those UC students who fall above the cut-off for tuition costs but are far from immune to the weight of those costs. UC schools offer to me exactly what it offers to a student going to college on a full grant: a public service. The fact that families like my own are designated, by those that offer financial aid, as being able to pay the current tuition fee does not indicate that they can withstand any unannounced raise that the system throws their way.

The problem here is more indicative of a systematic failure to accumulate funds from state government than any dastardly plan cooked up by Janet Napolitano, and as such, the cries to remove her from office come off as misdirected outrage, as are the ridiculous signs around campus blaming UCSB Chancellor Henry Yang for receiving a raise in salary, which, in the big picture, is largely inconsequential. Yet, as time continues, it will be more and more disconcerting that we UC students are consistently told of our ability to affect the future, all while the system guarantees that the only aspect of our future in which we can be confident is an exorbitant sum of money we will deposit to the University of California in the name of a public education.