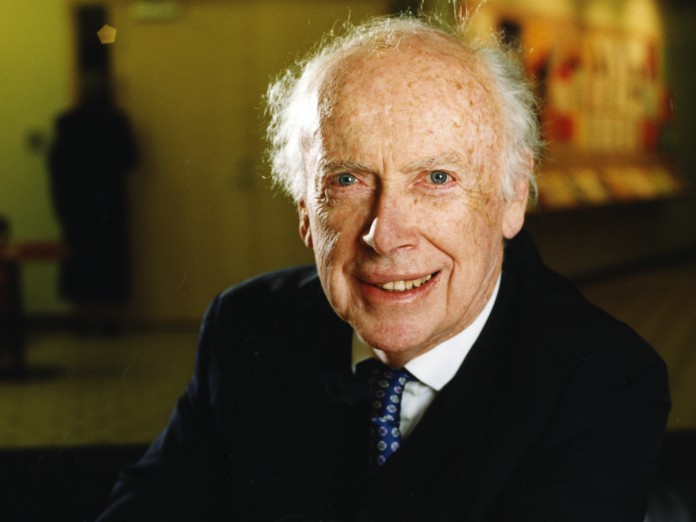 James Watson became world-famous after discovering the double helix structure of DNA, and he is now selling his Nobel Prize medal. A portion of the proceeds will be donated to the University of Chicago and Cambridge University.

Watson made his discovery of the double helix shape of DNA in 1953 at Cambridge University with Francis Crick. Their research revealed that DNA is a double-stranded helix, with two strands connected by hydrogen bonds. This shape provides easy access to DNA for other molecules, such as proteins that help in replication and expression of DNA. Watson and Crick’s discovery made great strides in understanding the human genome and the importance of DNA to life and health, and they were jointly awarded the 1962 Nobel Prize in Medicine with Maurice Wilkins.

The Nobel Prize is set to be auctioned at the New York auction house, Christie’s. No other Nobel Prize has ever been offered for sale by a living recipient, reported Christie’s Auction House. The auction house said Watson planned to donate a portion of the proceeds to “continue his philanthropic legacy of supporting scientific research, academic institutions, and other charitable causes.”

Watson is chancellor emeritus of Cold Spring Harbor Laboratory in Cold Spring Harbor, New York. He served as the first director of the Human Genome Project’s National Institutes of Health component, where he oversaw the mapping of the genes in the human chromosomes. Watson retired in 2007 after controversy regarding intelligence and race.

In 2007, the Sunday Times ran an article with Dr. Watson, who said he was “inherently gloomy about the prospect of Africa” because “all our social policies are based on the fact that their intelligence is the same as ours, whereas all the testing says not really.”

Additionally, he told the newspaper that people wanted to believe that everyone was born with equal intelligence but those “who have to deal with black employees find this not true.”

Watson insisted he was “not racist in a conventional way” and said it had been stupid of him not to realize his comments on the intelligence of African people would end up in an article.

Francis Wahlgren, the auctioneer handling the sale of the medal, said he was confident it would garner at least $2.5 million.  He said the demand for memorabilia associated with genetic discovery had exploded in recent years as the promise of biotechnology became apparent. Wahlgren did not expect the controversy surrounding Watson would deter potential buyers.

“I think the guy is the greatest living scientist,” said Wahlgren. “There are a lot of personalities in history we’d find fault with, but their discoveries transcend human foibles.”

Watson said that he would use the money to buy a David Hockney painting and as a source of income. Dr. Watson said his income had plummeted following his controversial remarks, which forced him to retire from the Cold Spring Harbor Laboratory on Long Island, New York. He still holds the position of chancellor emeritus there. Additionally, Watson said he would donate some of the proceeds to institutions that looked after him, such as the University of Chicago, where he earned his undergraduate degree, and Clare College at Cambridge University.

“I’ve had a unique life that’s allowed me to do things,” said Watson. “I was set back. It was stupid on my part. All you can do is nothing, except hope that people actually know what you are.”