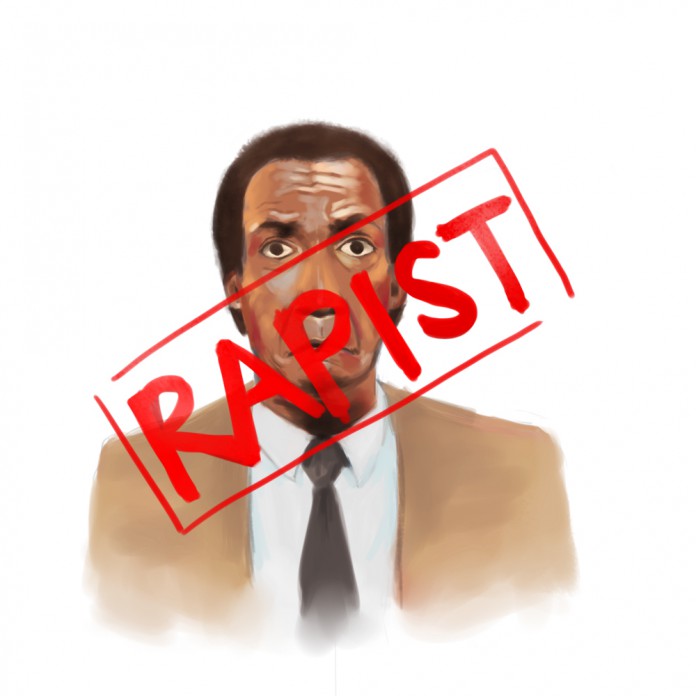 The Bill Cosby rape allegations from 2004 have recently resurfaced. The difference this time is that people are actually taking them seriously.

During a standup comedy routine in October, Hannibal Buress called Bill Cosby out as being a rapist. “He gets on TV, ‘Pull your pants up black people, I was on TV in the 80s! I can talk down to you because I had a successful sitcom!’ Yeah, but you rape women, Bill Cosby, so turn the crazy down a couple notches.”

While some may argue that the Bill Cosby rape allegations are only now gaining traction because this is the first people are hearing of them, it is a lot easier to believe that the rape allegations are being listened to because a young, black male decided to bring them back to the forefront of peoples’ minds—finally getting people to pay attention to and believe the women who accuse Bill Cosby of rape. People took Buress’ advice and googled “Bill Cosby rape,” and now more women are coming forward with their stories and people are actually listening. Because a young black man who is “supposed to” revere Bill Cosby as the model for how black men should behave, since that is the image Cosby has created for society, thinks he is a rapist, people are finally accepting that Cosby is not a perfect man.

A large part of the public’s initial hesitance to believe the rape allegations is due to people not wanting to believe someone they let into their living rooms every week and who they’re fond of can be a bad person. Bill Cosby is widely held in the public perception as a good family man who taught many children strong values. To accept that Bill Cosby is a rapist is to accept that they let a rapist teach their kids right from wrong.

On college campuses, the issue is much the same. In college, people make some strong friendships, and usually stick with the first friends they make for a while. When someone they feel close to or rely on is accused of rape, they don’t want to believe it. Again, accepting the fact that a friend is a rapist is to have to confront oneself for being friends with one. People have a natural tendency to avoid blame. They make excuses for themselves and that is the natural response as well when met with the fact that they are friends with someone who has committed a sexual crime.

Remaining friends with a rapist sends the message that these people are okay in our society. Victims don’t want to come forward for a million different reasons, but seeing their attacker on campus walking with people, the attacker’s friends, who are essentially saying, “That’s fine with me,” is definitely among those reasons.

Not wanting to know or believe that those close to us could be rapists perpetuates the lack of action taken to confront these individuals. Additionally, not even knowing the accused rapist or the survivor can lead to a natural distrust for the survivor, as well. People naturally want to believe the best in their community and something as ugly as rape mars the image they have of their community and the people they share it with.

Most rapists and survivors do not walk around with a label on their forehead advertising the fact that they have been involved in any way in something most people wish to ignore. They generally try to go about their daily lives and attempt to get past what has happened. Not being faced with rape in a real way regularly makes it extremely easy for people to act as if it is not something that happens within their community and they don’t feel the need to take action to prevent or prosecute it.

People feel as if they know Bill Cosby, so they listened to the allegations for a little while. Eventually, however, since people don’t actually know Bill Cosby or his accusers, people will go back to ignoring these issues, just as students at UCSB have already seemed to have forgotten about their campus’ own recent brush with the reality of rape.

The Fairness of FAFSA

To Love College and Life