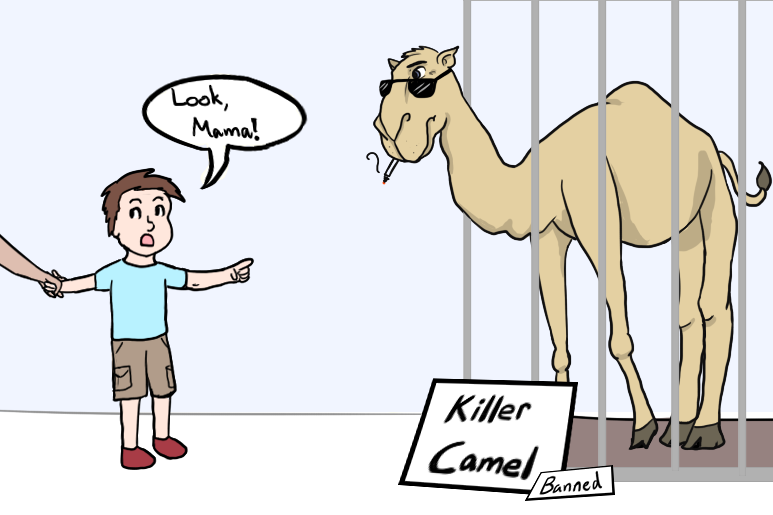 Thanks to millions of government dollars, extensive ad campaigns, and an estimated 100 million deaths throughout the entire 20th century, most people are aware that smoking kills. Besides hospital cancer wards, the last people you need to advertise smoking’s adverse health effects to are the members of Westminster, Massachusetts’ Board of Health, who have proposed a ban on the sale and distribution of tobacco and nicotine products.

The measure has townspeople in an uproar, even those who are not smokers, who see the law as a violation of their human rights and a destabilizing setback for local businesses. If these voices are expected to coincide with the Health Board’s views, a compromise somewhere in between current tobacco laws and an outright ban must be struck. However, there is no law guaranteeing Americans a right to tobacco and, no matter who sells the tobacco, smoking cigarettes is an addictive activity directly linked to various life-threatening illnesses that afflict millions of people worldwide.

Revealing statistics published by the U.S. Center for Disease Control (CDC) reveal that medical conditions attributed to cigarette smoking kill about 480,000 people per year. These include deaths not only caused by directly smoking cigarettes, but through involuntarily inhaling second-hand smoke. According to the American Lung Association, people who live in the same residence or work in the same building as a cigarette smoker have a 20-30% higher chance of developing lung cancer. Cancer itself is the second most common cause of death in the U.S., accounting for about 1 in 4 deaths, and lung cancer is responsible for the most cancer-related fatalities in both men and women.

As for the lawfulness of this measure, there is no law currently on the books guaranteeing American citizens the right to smoke tobacco. The only legal clause that could be interpreted as a protection of cigarette smoking is the 9th Amendment in the U.S. Constitution, which states, “The enumeration in the Constitution, of certain rights, shall not be construed to deny or disparage others retained by the people.” Blanketed in the broad protection of basic rights not specifically listed in the Constitution, smoking is classified in that category simply because it is not illegal and therefore law enforcement has no authority to prohibit anyone from smoking tobacco. That also means if the sale of tobacco is made illegal at a local level, in an area like the city of Westminster, then no federal law will contradict the local law and the measure would have no legal barriers except the approval of a local government body. In Westminster’s case, this body would be the local Board of Health.

Additionally, Westminster residents are worried about the effects of the measure on local businesses, specifically convenience stores that, for as much as a third of their revenue, rely on sales for both tobacco and miscellaneous products tobacco smokers buy in addition to cigarettes. The measure compromises the livelihood of the town’s convenience store owners, or at least a large fraction of them, but is there a moral high ground for selling these destructive products to the townspeople? Either way you look at it, this is an economic dilemma any lawmaker will be hard pressed to ignore. If we are to move forward on limiting people’s exposure to the toxic chemicals found in cigarettes, politicians should focus on limiting the amount of nicotine, tar, and other poisonous substances commonly found in cigarettes. That way, storeowners will retain earnings from selling watered down cigarettes and smokers will not experience as many addictive or health-endangering side effects.

The policy is not a comprehensive victory against tobacco, but it will be progress. In the long run, compromise is a more agreeable and permanent solution than an outright ban. Nevertheless, Westminster’s ban on tobacco sales is a positive progression towards a future where tobacco smoking is much less common and lethal.