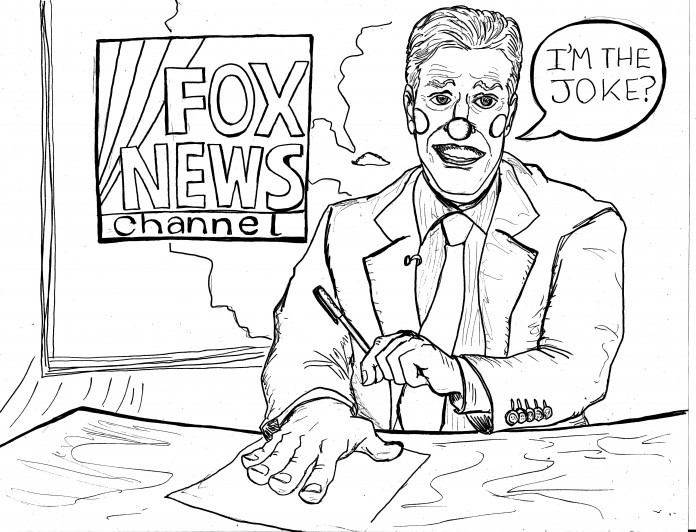 If you’ve flipped through cable channels or looked up issues like net neutrality at any point over the past year, you’ve likely ended up watching a few clips of Jon Stewart’s The Daily Show and John Oliver’s Last Week Tonight. You’ve also probably gotten a lot of news from these shows, packed into those ten or so minutes you’ve been watching.

If you ask either of them if their shows are news, they would vehemently deny that their 11 PM time slots qualify as real journalism. In fact, Stewart graciously described his show by saying, “If you watch the news and don’t like it, then this is your counter program to the news.”

These claims by Stewart and Oliver bring one question to mind: what is journalism? These self-dubbed “fake news” shows claim they focus more on comedy and satire, but what can you say when The Daily Show has a Wikipedia page dedicated solely to listing all of its awards and nominations as a news source?

Merriam-Webster defines journalism as “the activity or job of collecting, writing, and editing news stories for newspapers, magazines, television, or radio.” Pretty narrow, right? Journalism goes past simple news stories for such a limited range of mediums; nowadays, journalism is widely accessible on the Internet, and not restricted to just news. Stories can cover any genre, from fashion to entertainment. They are current events that are newsworthy, and the ways that they’re being spread on the Internet allows them to reach a greater audience.

Journalism is broader than the confines of Merriam-Webster’s 17 word definition. Nowadays, journalism is presenting the facts and getting them across to a reader or listener through multiple forms of media in a clear and concise format with an analysis that may have a bias. Objectivity, however, is crucial for critical thinking. The delivery of these stories to the public brings awareness of injustice and gives people the tools necessary to make informed decisions.

So what about bias? Is it still journalism if it offers an opinion? There may be some partisan bias in its presentation to an audience, but that shouldn’t matter if the unbiased facts themselves are still there. If the audience can make their own opinions concerning a topic when reading something undoubtedly opinionated, then reporters have done their job.

Bias after presenting all the facts is important when it comes to journalism — it shows an analysis of the material that demonstrates understanding of the effects of what is going on. It’s vital to differentiate between this and leaving facts out when presenting a story to an audience. When a journalist leaves facts out, they spin the story in a way that limits the audience’s understanding of a situation.

Humor is simply another form of this acceptable bias when it comes to Stewart and Oliver’s shows. The satirical ways that the two hosts present the topic reveal the startling statistics and facts important to a comprehensive understanding of the topics they report on.

But who is a journalist nowadays? Reporters aren’t just staff writers slaving away at laptops in Starbucks or limited to TV anchors behind the news desk. With the rise of social media and the growing amount of breaking news stemming from sources like Facebook and Twitter, everyone is a journalist.

A journalist’s job is to transmit news to someone with no prior knowledge of it, and many people do that in the 140-character confines of Twitter — even if they don’t think they’re journalists. Just tweeting or sharing a link on Facebook doesn’t make them a one, however. Journalists source their material from other media and witnesses, but what’s vital is piecing together an original analysis and presentation from those sources.

Given these definitions, what bars Stewart and Oliver from being journalists? They may not cover all current events, but they do a thorough job as investigative journalists. Their research and presentation covers the topic informatively, and the segments constantly grab the audience’s attention — teaching them about new current events. Perhaps they’re not journalists by their own definitions of journalism, but it certainly looks like they are, according to today’s changing standards.