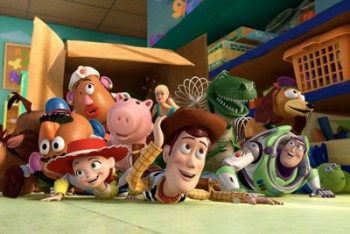 It’s difficult to imagine a person who watched all three of the films in Pixar’s Toy Story trilogy and didn’t feel something at any point during Toy Story 3, which was, at the time, thought to be the final installment of the series. After all, the film practically grabs us by the collars and forces them to accept not only that the endearing toys we’ve come to know are being left behind by Andy, their owner, but also, and more importantly, that the story has come to an end.

It’s never directly stated that we’ve reached an end in the saga of Woody, Buzz and the rest of their plaything friends, but it’s a bittersweet assessment we come to make by the end of the film. As an audience, we’re not all that familiar with Andy, save for some lines here and there. Rather, the emotion evoked by all the heart-wrenching sequences in the film stems from the belief that it’s the toys that we’ll never see again. As it turns out, however, the toys are here to stay, for better or worse. Last week, it was announced that Toy Story 4 will be released some time in 2017.

While there isn’t yet any reason to make judgements about how the fourth film in the series will be, something rubs me the wrong way about the decision to continue the series at all. Much of the effectiveness of the film’s predecessor was rooted in my own interactions with the series throughout the years—as Andy left for college, I left behind a story that I’d loved since I was a child. And so, upon the news that the series is back once more, I can’t help but feel that the experience of watching Toy Story 3 is consequently cheapened. The third film left no open loops and no burning desire to see the story continued. When we accept that something is done, bringing it back around simply makes us question whether all the acceptance was worth it in the first place. Why should we continue to look at the ending of Toy Story 3 as anything especially emotional? Does it really matter any more that Andy, a character who went largely underdeveloped through the first three films, left for college, now that we’re not saying goodbye ourselves? The story isn’t about Andy, it’s about us, and we were led to believe that it had come to a conclusive end. Even if Toy Story 4 is an incredible film, it still serves to render Toy Story 3 somewhat empty in retrospect.

The reasoning behind Toy Story 4’s conception is easy to trace—for all the time I just spent complaining about the necessity of another Toy Story film, I’ll still be there opening night in anticipation. And there’s the trick of it all—big budget sequels guarantee lucrative cash returns, regardless of the quality of the actual product. Disney is infamous for pumping out disappointing sequels to their animated films—to stay within the realm of Pixar, Cars 2, released in 2011, garnered a much higher box office revenue than its predecessor, Cars, released five years prior. At the same time, however, the sequel was almost unanimously considered inferior to the first film, though I’m not sure this perturbed the creators all that much. Incidentally, the director of the Cars 2, John Lasseter, has been slated to direct Toy Story 4. We can only hope that Lasseter will be poised to handle the highly anticipated sequel with better care, but for all of us, we’ve already been handed a more devastating sentence from Pixar—one that removes the inherent quality that made Toy Story 3 so special.

Perhaps, many years from now, Disney will have monetized its past successes to the point where we’ll be awaiting the release of multiple movies in the “Toy Story universe” at once—this is, of course, all hypothetical. What rings more strikingly true is that as Woody softly says “so long, partner” to a departing Andy at the end of Toy Story 3, it is to us not a goodbye but a very unnecessary “see you later.”