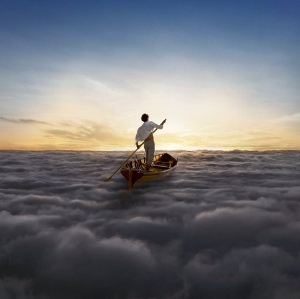 “We certainly are under spoken and understanding, but there’s a lot of things unsaid as well. We shout and argue and fight, and work it on out.” So spoke the late Richard Wright, former member of Pink Floyd. The iconic band’s most recent album, The Endless River, released on Nov. 7, serves as a tribute to Wright, whose aforementioned quote—used from a recording during the band’s incredible film, Live at Pompeii—commences the tranquil opening track of the record, “Things Left Unsaid.” While the band breaks no new ground, nor does it provide anything wholly thought-provoking with its latest effort, The Endless River provides something of a finishing touch on one of the most impressive catalogues of any band in the history of music.

The album is comprised mostly of music that was written over twenty years ago, and the influence of lead singer David Gilmour is clearly evident, as is the absence of Pink Floyd’s co-founder Roger Waters, who departed from the band in 1987. That is not to say that the music shirks away from being relevant; on the contrary, The Endless River feels just as fresh as any new Pink Floyd album could have felt in 2014, and its songs prove their fair share of depth. “Sum” opens as a rather groovy number, but feels more like a B-side to some of Pink Floyd’s later music than it does like an original track. Later on, “Anisina” showcases the band’s affinity for piano-laden beats accompanying a soaring melody. Side three of the album rings as its strongest movement, as “The Lost Art of Conversation” flows seamlessly into “On Noodle Street.” The introspective and emotional “Night Light” provides a build-up for the much more evidently rock-influenced “Allons-y,” the first half of a song concluded at the end of the side. The spoken words in “Talkin Hawkin” spare no time for abstract thought, urging the listener to continue talking with others, in hopes that this will bring about even greater achievements made by mankind than have already been accomplished.

The album’s fourth side falters significantly, however, as “Eyes to Pearls” and “Surfacing” serve as somewhat ineffective prefaces for the final track, “Louder than Words,” the only track on the album to feature actual vocals. The album’s closing song builds the scale for a triumphant finish, yet simply grazes along the surface of catharsis, without ever actually plunging in. Gilmour closes out the album with a guitar solo, which makes for pleasing listening, but doesn’t provide anything further. Unfortunately, the “further” is what one has come to expect from a band like Pink Floyd, and in this case a fan will be left wishing for more.

The release of the album is thus a little jarring, and doesn’t do the band any favors, if the heroes of progressive rock do indeed care at all any more about the public’s reception to their music, and I daresay they do not. If the album had been released by any other band, it would be exempt from falling under heavy scrutiny and comparisons with work released by the creators over 40 years prior. But at the same time, if the album were conceived by any other band, it likely wouldn’t be released at all, what with its incredibly drawn-out and ethereal nature. In that sense, comparisons with Pink Floyd’s best records are perhaps inherently unfair. But there is no denying that, if it were compared, The Endless River would pose no challenge in quality. One can very easily attribute this faltering to Roger Waters having left in 1987, yet, on another level, it feels as though Pink Floyd has resigned itself to closing out the show for themselves. The band isn’t in need of a magnificent return to form, nor is it searching for one. For now, it is content with simply finishing on a peaceful note.

The Endless River plays out as an album well aware of its historical context, and as such it doesn’t suffer from its own expectation. This doesn’t mean that the album will surpass any, but as a tribute to the late Rick Wright, one hopes that the serene denouement of Pink Floyd’s work will speak, as David Gilmour sings, “Louder than Words.”