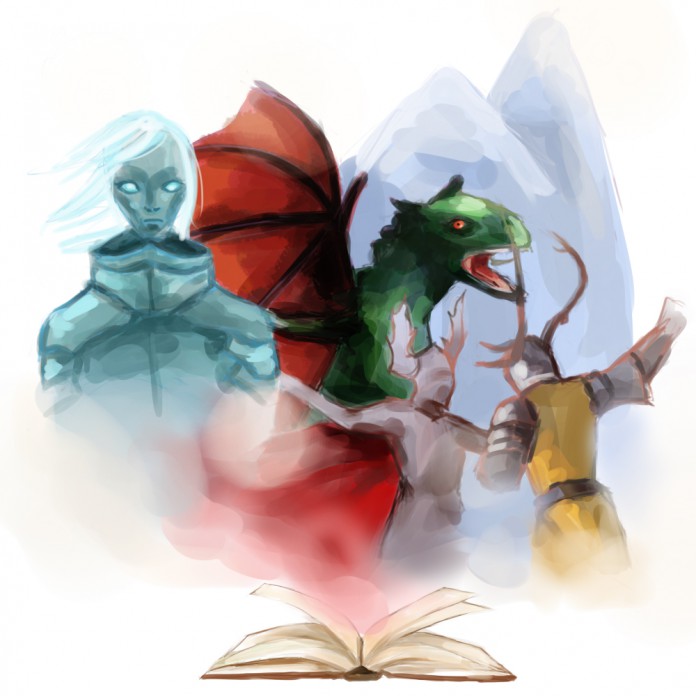 Nowadays it is rare to hear about someone that has not heard of Game of Thrones and the land of Westeros. The HBO fantasy drama first televised in 2011 and is currently working on their fifth season that will air next spring. The show has earned many awards and nominations for being one of the biggest television series on air, with beautiful sets and a great cast. These accomplishments, however, would not be possible if it was not for George R.R. Martin and his highly acclaimed A Song of Ice and Fire series of epic fantasy novels.

The Song of Ice and Fire story focuses on powerful characters and families trying to win control of the Iron Throne in the fictional realm of Westeros. Three separate storylines intertwine and leave the spectator rooting for different houses, and their respective members, as they get to know the characters and the politics of the story. There are so many characters and plot details in the series that even Martin often loses track and seeks help from diehard fans Elio M. García Jr. and Linda Antonsson.

García and Antonsson have been fans of the series since 1997 and created Westeros.org, which acts as a fan site for many readers of the series. Many fans go onto the forums to discuss theories and speculations about certain text from the book. The website caught Martin’s attention, and he asked García and Antonsson to help him create a guidebook to the series. Initially, some Ice and Fire fans were disappointed that Martin would not be immediately working on the sixth book of the series, while others were hopeful that the new material would satisfy their craving for more Westeros.

The final product, called The World of Ice & Fire: The Untold History of Westeros and the Game of Thrones, acts as a history book for the novels and the show. The companion has information about previous kings, queens, knights, and dragons who have lived, loved, and warred in Westeros. Martin worked closely with artists and illustrators to capture how he envisioned the world of Westeros and Essos. The locations on the show are striking (they do record in 7 different European countries after all), but the artwork inside The World of Ice & Fire are enough to stun fans at how vast Martin’s imagination really is. The different castles and lands of Westeros are simply astonishing, and one wishes the show could have more money to replicate the scenery.

The guide is something fans of both the novels and television series can immerse themselves in while waiting for the next season of Game of Thrones or the upcoming book. This companion is perfect for show fans because they can choose to read about the backstories, wars, and important characters that the show did not mention without having to read all five novels to catch up. The companion provides character descriptions and information about how the houses formed and developed over time, and there is no risk of being “spoiled” by this companion since the information is from Westeros history and has nothing to do with the current timeframe of the show. The book is essentially an encyclopedia that one should use as a reference. For the fans who read the novels, it also gives them time to obsess over something new and make more connections to what they hope to see in the forthcoming novels.

While fans of the books wait for the sixth installment (The Winds of Winter) series and fans of the show wait for the fifth season, they should pick this companion up to fill in some blanks about the complex story that interweaves several plot lines within the fictional continents of Westeros and Essos.