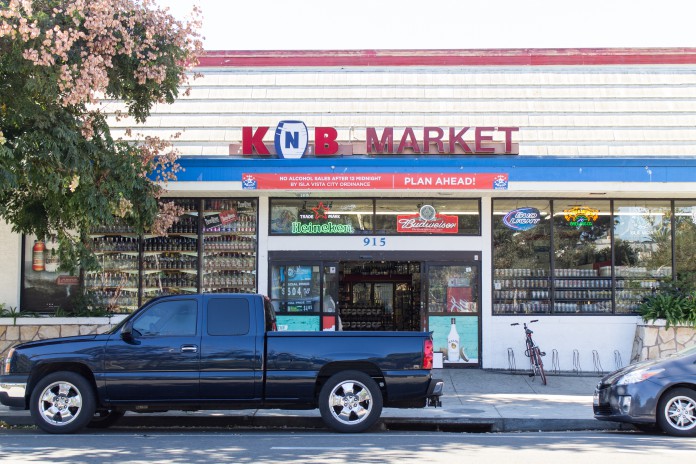 Whether it is an increase in supplies or an increase in staff, businesses around Isla Vista have always been prepared in anticipation of the boom in business that comes along with the dramatic increase of customers during Deltopia and Halloween–both local and from out-of-town. This year’s Halloween, however, seems to tell a different story.

Businesses all over IV were surprised at the dramatic decrease in revenue they made in comparison to previous Halloweens, which came as an inconvenience since these businesses say they appear to have over prepared. A cashier from Keg N’ Bottle reports that the liquor store brought in extra hands from neighboring Isla Vista Market for the normally hectic nights, but ended up not needing them at all.

Liquor stores, restaurants, and clothing stores all appear to have been affected negatively, but the bright side to this is that these businesses do not report losing money; they simply did not make as much as they usually do during the holiday. However, businesses in IV also bank on these large events to make the money they otherwise do not make over summer break, when less students are in town.

A representative from Freebirds, IV’s beloved late night nacho stop, reports that even they ended up receiving only half as much business as they are accustomed to during the holiday.

Jeanne Choi from Sweet Jane said, “[We] had two registers this time so it was a little bit better.” She compared this Halloween to past Halloweens in saying that they usually have “lines out the door and hectic craziness whereas this year… it wasn’t as crazy.”

Many factors had a part to play in this drop in consumer activity over the holiday. Among the ones most commonly blamed on by the IV businesses, however, were the increased police activity and the weekend rain. In an attempt to deter fiascos like the riots of Deltopia 2014 from occurring again,  police officers increased their presence. Many IV residents chose to stay indoors and encouraged out-of-towners to stay out.

It appears as though campaigns to “Keep IV Safe” and “Keep IV Local” really did the trick, especially since the message to stay out of IV was able to reach a large radius of people through efforts such as Pandora ads.

“We’ve been here for a very long time so we know what it’s like,” said Woodstock’s Manager Josh Mantovani. “But this Halloween was definitely the slowest.”