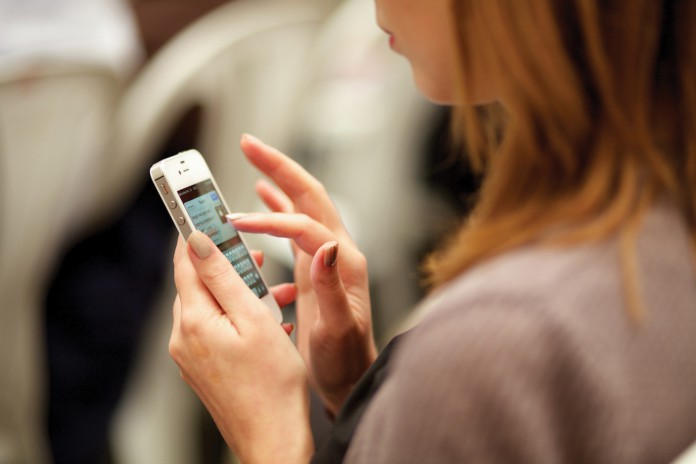 A new photo sharing application for iOS and Android, Unseen, was released to students at Texas A&M University in May by Bearch, an Austin-based startup company. Since then, it has become available to eight other colleges. With Unseen, students can share photos anonymously with other students on campus.

“Photos are a great way to get a conversation started,” said Bearch co-founder Michael Schramm, according to USA Today, “and by sharing an image you can say so much more.”

Unseen is a free app that does not require users to sign up or provide emails and names. Users can take photos, add captions, and share their photos anonymously with other students on campus on a live feed of photos. Users can even vote on photos.

Unlike with other photo sharing apps like Snapchat, sharing photos via Unseen is done completely anonymously. Ideally, with Unseen, users will be able to express themselves freely without inhibition, thanks to the app’s anonymity, with which the app seeks to improve real life communities.

“Anonymity is a very powerful thing that’s going to be around for a long time,” said Schramm, according to iDigital Times. But there’s a lot of misconceptions and confusion on how it should be used that’s caused a lot of problems. The biggest obstacle we have as a company right now is how to change the discussion.”

Despite the app’s good intentions, however, many posts are sexual in nature, according to Tech Crunch. Other posts consist of groups of male users discussing girls in photos and even directly asking female users sexual questions.

To counter this, photos are quietly censored on Unseen. Users are presented with a long list of terms and conditions upon first opening the app that details what you can and cannot do. If someone posts a photo that does not comply with these terms and conditions, then the administrators will delete it – but such a system can only go so far in curtailing inappropriate content without angering users.

Regardless, Bearch has succeeded in establishing a community where students can freely discuss even the most controversial of topics and seek support. According to Business Wire, a post on the University of Mississippi thread about racism generated 109 comments, many of which presented students’ genuine thoughts on the matter; a post in the Texas A&M thread about suicidal thoughts created an outpour of support, with many students sharing their stories of battling depression and others offering phone numbers for additional support.

Due to the demand for Unseen, hundreds of universities throughout the country have joined a waiting list for the app, including University of California, Santa Barbara. When it comes to UCSB, it could serve as an outlet for information on events on and off campus.