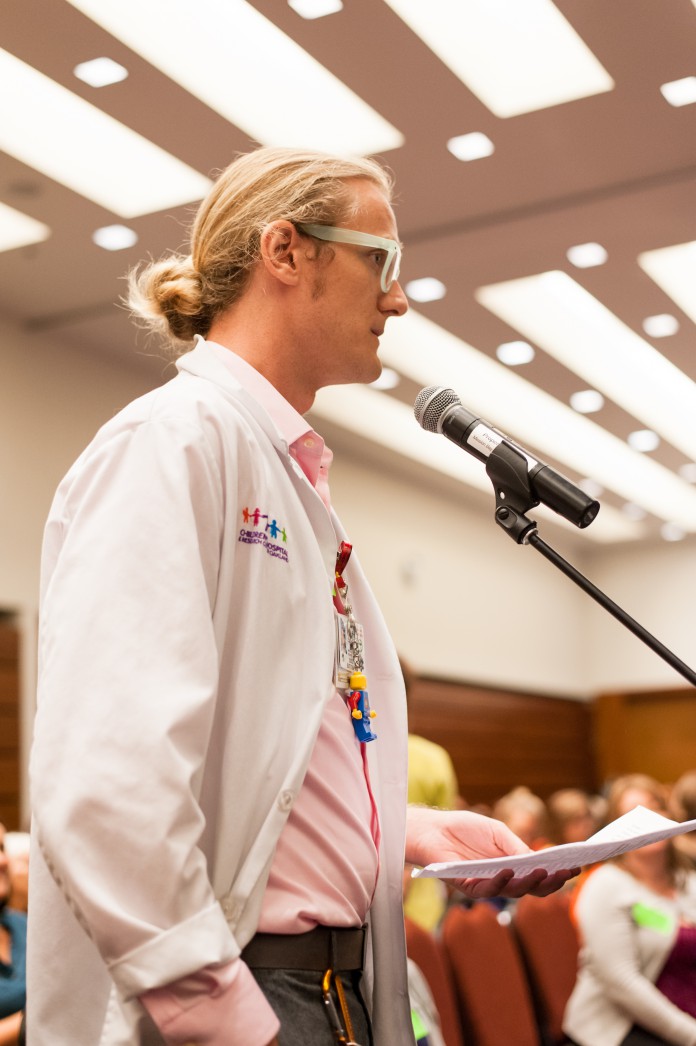 The University of California Regents kicked off the 2014-2015 academic year by hearing students’ concerns regarding divestment from fossil fuels, sexual assault issues on campuses, budget allocation requests, and the rising tuition costs at UC campuses.

On Sept. 17, at the University of California, San Francisco’s Mission Bay campus, the UC Regents entertained discussions including a sexual assault task force’s recommendations for reform, fossil fuel divestment, internal and external UC corruption, National Collegiate Athletics Association reform, and many topics surrounding UC financing and investment. These discussions followed a prepared statement by UC President Janet Napolitano, who spoke in support of recently created task forces whose recommendations to the Regents urged action in the areas of sexual assault on UC campuses, and UC-wide divestment from fossil fuels.

The opening session began with public comment, which featured the concerns of faculty, staff, and students within the UC system. The Regents entertained a diverse assortment of statements.

Many current and former UC students shared their thoughts about the UC’s divestment from fossil fuels during the public comment forum as well. Many called for the adoption of an “ESG” (Environmental, Social, Governance) framework for investment by the UC.

“The hypocrisy of an ESG policy that does not address divestment is clear,” said Alyssa Lee, a recent graduate from the University of California, Los Angeles. “You cannot say you are a sustainable institution while you continue to bet on and profit off of the extraction and finance of burning fossil fuels.”

During the Committee on Investments, the Regents discussed the decision of a task force dedicated to investigating the viability of divestment from fossil fuels, which included allocating $1 billion towards the investment in alternative energy sources, while continuing to invest approximately $10 billion in the fossil fuel industry.

“We are disappointed but unsurprised with the outcome of today’s vote, and therefore we find it difficult to understand why [the Regents] are so opposed to coal divestment,” said Theo LeQuesne, a University of California, Santa Barbara student representative for the California Student Sustainability Coalition.

“The commitment to invest $1 billion [in alternative energy] is a step in the right direction, but also a hollow commitment,” said LeQuesne, who went on to state that the $10 billion still invested in the fossil fuel industry shows “where their allegiance truly lies.”

The Regents also discussed President Napolitano’s Task Force on Preventing and Responding to Sexual Violence and Sexual Assault during the Committee on Educational Policy. This task force called upon 29 constituents from the UC system, including Regents, faculty, staff, and students. It was led by Senior Vice President and Chief Compliance and Audit Officer Sheryl Vacca, who presented phase one of the task force’s plan.

“Our goal for the task force was to identify steps to improve the university’s current processes that will make a difference in the culture […] and to also recommend strategies for excellence in prevention, response, and investigation of sexual violence as well as harassment and sexual assault,” said Vacca.

Also in attendance was Savannah Baudilich, an undergraduate student at UCLA and a task force participant. Baudilich spoke about UConsent, a new campaign created and endorsed by the University of California Student Association aimed at creating individual campaigns at each UC campus to implement recommendations made by students from UCLA and University of California, Berkeley.

The Regents then briefly discussed potential changes for nationwide campuses in the NCAA. The Regents urged the need for schools to stop giving student athletes preferential treatment in criminal cases, but also noted the importance of enforcing restrictions on how much time per week athletes can practice. Lastly, the Regents stressed the importance of keeping student-athletes academically accountable.

The Regents met for their second and final day on Sept. 18 for a half-day session. The meeting began with public comment, which echoed the previous days’ pro-divestment sentiment. UCSB Associated Students External Vice President of Statewide Affairs Melvin Singh closed out the public comment session by extending the Regents an invitation to serve as guest speakers in his own “politics of the UC” class during the winter quarter at UCSB.

“This would be a great opportunity for you to come visit, engage with students in classrooms in a very inviting environment,” Singh said. He additionally asked that the Regents attend the Isla Vista town hall meeting set to take place on Oct. 7. “The Regents were instrumental in helping rebuild Isla Vista in the past,” Singh said.

Later in the day, the Regents approved a new chancellor for the Irvine campus, Howard Gillman. Gillman had served as interim chancellor since June and received a unanimous approval from the Regents.

Shortly after Gillman’s approval, the Regents expressed concern about the UC’s chancellors’ pay. Indeed, Gillman’s predecessor had voluntarily left Irvine’s chancellor position to accept the same job at Ohio State University. The four least paid chancellors within the Association of American Universities are from the UC, and eight of the ten least paid are UC chancellors. Chancellor Henry Yang of UCSB is the least paid. The Regents approved pay hikes of 20 percent for chancellors at the Merced, Santa Barbara, and Santa Cruz campuses, while approving a 5.1 percent raise for UC Riverside’s chancellor.

Lastly, Napolitano proposed a resolution that would enable chancellors to set the pay of athletic coaches. The Regents quickly tabled the discussion until November, though, citing a lack of adequate time to make such a large decision.