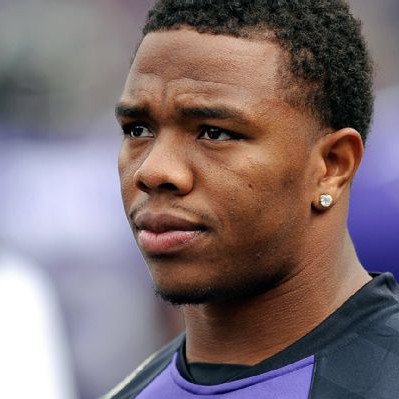 The end of summer marks the return of football. Year after year, polls continue to reaffirm the popularity of the sport. Yet despite the attention the National Football League (NFL) knows it receives, it has handled the recent Ray Rice and Adrian Peterson incidences in a less-than-graceful manner. As the prolonged debates continue on what actually transpired, discussions regarding what the NFL will do to remedy their blunders remain stagnant.

Historically, incidents of off-field violence in the NFL have been met with lenience. There have been fewer repercussions for players who commit violent offenses. The league has done more to keep the noise to a minimum than try to eliminate the problem among their players all together, but the NFL has not been very successful in quieting the frustration during the latest episodes, and now is the time for them to step up and make it known that these athletes cannot behave recklessly without suffering the consequences.

In early September, when new surveillance video footage surfaced in the Ray Rice case, both the NFL and the Baltimore Ravens claimed that they had not seen the footage prior to it being it released by TMZ; otherwise, they claimed, they would have issued a far more severe punishment than the 2-game suspension Rice received for his actions. He was arrested earlier this year following an altercation with his then-fiancée, Janay Palmer, in an elevator in Atlantic City.

The league’s mild response–the decision to suspend Rice for 2-games–was met with considerable criticism and discontent, but it wasn’t until the new footage of Rice appearing to punch Palmer in the elevator turned up that the public deemed the NFL’s mishandling of the case unacceptable. The public agreed that it was highly unlikely that neither the NFL nor the Ravens organization had never seen the video distributed by TMZ. Even after the Ravens released Rice, league commissioner Roger Goodell and Ravens owner Steve Bisciotti maintained their story through all of the noise.

A week after the Rice case made headlines, Minnesota Vikings running-back Adrian Peterson was accused of striking his 4-year old son with a tree branch and was initially allowed to remain with his team, but was later asked to stay away from team activities.

Going into week 4 of the 2014 football season, the NFL has spent more time defending their inadequate responses and examining technicalities than acknowledging these players’ unacceptable behavior. The dialogue justifying what was done needs to end in order to move on. The NFL has to figure out how to proceed from here. What comes next?

Moving forward, the NFL must strictly enforce the protocol recently put in place in August. The new policy provides more rigid guidelines for how the NFL will handle future domestic violence charges should they become a problem. Sure, reinforcing a tougher, less-lenient policy is the least that Goodell and the NFL can do, but it is a place to start. It is a way for the league to demonstrate that it takes domestic violence seriously and that its players are no exception to the law.

The conversation about violence in the NFL needs to be different. It needs to be about how the NFL will take a larger responsibility in ensuring that their athletes receive sufficient punishments outside of the law. Separate investigations should always be conducted and players should not be allowed to play or participate in team activities until these investigations are concluded.

Domestic violence is not part of the game of football. It is the NFL’s job to make this clear for its fans and viewers and its current and future players. These athletes must be held to a higher standard because they represent more than just themselves and their respective teams — they represent the entire NFL and American football in general. These events instill a correlation between football and violence, suggesting that the sport causes violent behavior. This association cannot be broken, and the NFL cannot speak out against domestic abuse with credibility if players continue to assume that the league will be on their side and defend their actions.

The last the thing the NFL wants is to appear tolerant of domestic abuse. But by working to reduce the severity of offending players’ misconducts in the past, the NFL has created an image for themselves as an organization that takes domestic violence lightly. This image has caused certain athletes to feel above it all. The NFL and anti-domestic violence allies must be on the same side.

The NFL has the money, the power, and a plethora of famous current and former players to make a difference and get involved in the bigger picture. They need to support anti-abuse campaigns, provide publicity and awareness, and work closely with anti-domestic violence coalitions. They need to make the effort to become the league that stands against domestic violence whether it occurs inside or outside the organization. The NFL can gain a lot by firming up their stance against domestic violence and becoming a leader in the fight against it, including a chance to put a history of assault behind them.