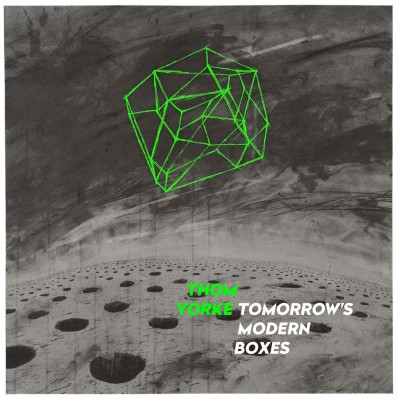 The enigmatic, influential, and progressive Thom Yorke released his second solo album, “Tomorrow’s Modern Boxes,” on Sept., 26. In doing so, he surprised many across the music industry and ended a lackadaisical summer music season with a little bit of excitement. Yorke, who is best known for being the frontman and musical leader of Radiohead, first gave word of a possible new album after posting a cryptic photo of a blank, white vinyl a few days prior to the album’s official release date. That vinyl would turn out to be “Tomorrow’s Modern Boxes,” an atmospheric, well-produced electronica album that would most likely please any fan of Yorke’s past work. But, while the album itself is good, the real innovation of “Tomorrow’s Modern Boxes” is its delivery method.

Yorke has already previously shown a desire to go beyond the industry standard model of album sales, and this latest release is yet another step forward, and another attempt to breathe life into a struggling music industry. In October of 2007, Yorke’s Radiohead released “In Rainbows,” a much-anticipated album from one of music’s most popular bands on the Radiohead website and allowed users to “pay what you want” (which included $0) for the full mp3 download. This was an immediate success as the digital download sold more than 100,000 copies, and the subsequent official release two months later sent the album to the top of the Billboard 200 as it sold on an additional 122,000 copies in the first week alone.

That release, and the use of the “pay-what-you-want” model, was said to have a potentially revolutionary impact across the music industry. It has ultimately not had quite the lasting influence many expected it to, but perhaps “Tomorrow’s Modern Boxes” might. Instead of allowing users to pay whatever they want, this album was released through the BitTorrent platform in their new Bundles Initiative, in which the artist sells directly to the consumer through the proprietary website.

While the BitTorrent network has previously been used as part of a peer-to-peer file sharing service, one which you can use to download albums, movies, and celebrity nude pictures for free, the Bundles Initiative is the company’s first attempt to seemingly ‘legitimize’ their operations. “Tomorrow’s Modern Boxes” by Thom Yorke is only available through BitTorrent, and costs $6 for the eight-song album. For any veteran BitTorrent user, a price tag is something that may shock you, but it is obvious that BitTorrent hopes for their Bundles to one day rival the iTunes Store for online music and entertainment downloads. On the Bundles website, there are many albums, films, and other exclusive content for download, most of which are free, but Thom Yorke and “Tomorrow’s Modern Boxes” are so far the biggest acquisitions for the fledgling service.

When I first went to download the album, I went right to my favorite file sharing website out of habit, but then soon remembered the most important novelty of the album. However, I then easily found my way to the download link on the Bundles website, and found the process quite intuitive. I paid the $6 using PayPal, and quickly downloaded the album using my torrenting software. For those who do not already have the software, the Bundles website offers it for installation alongside the purchasing portal. The album downloaded about as fast as any iTunes Store download, and the download worked seamlessly with my iTunes. While I am quite used to using BitTorrent via file sharing websites to download music, the process was so easy that even someone who has never torrented an album before could easily figure out how to download, and listen to “Tomorrow’s Modern Boxes” on their respective devices.

As I previously mentioned, the album was quite good. The tracks “The Mother Lode” and “Truth Ray” are the highlights of the album, and they lead quite well into the three song medley that brings the album to its close. The eccentric Yorke has total confidence in his musical ability, and again proves on this album that he can toe the line between interesting and weird, and can create an album that can have mass appeal, despite it being totally unique.

Overall, I was quite pleased with the album, and the entire process, and the forward thinking and brave Thom Yorke functions as a great pseudo-ambassador for the new music download platform. The Bundles website functioned well, and gave me exactly what I wanted. While I am not sure whether or not the service will revolutionize the music industry, it could definitely serve as a viable alternative to iTunes, and in turn, could give more power to the music makers, music consumers, and music lovers instead of the music conglomerates.

Photo Courtesy of Prettymuchamazing.com and OCregister.com