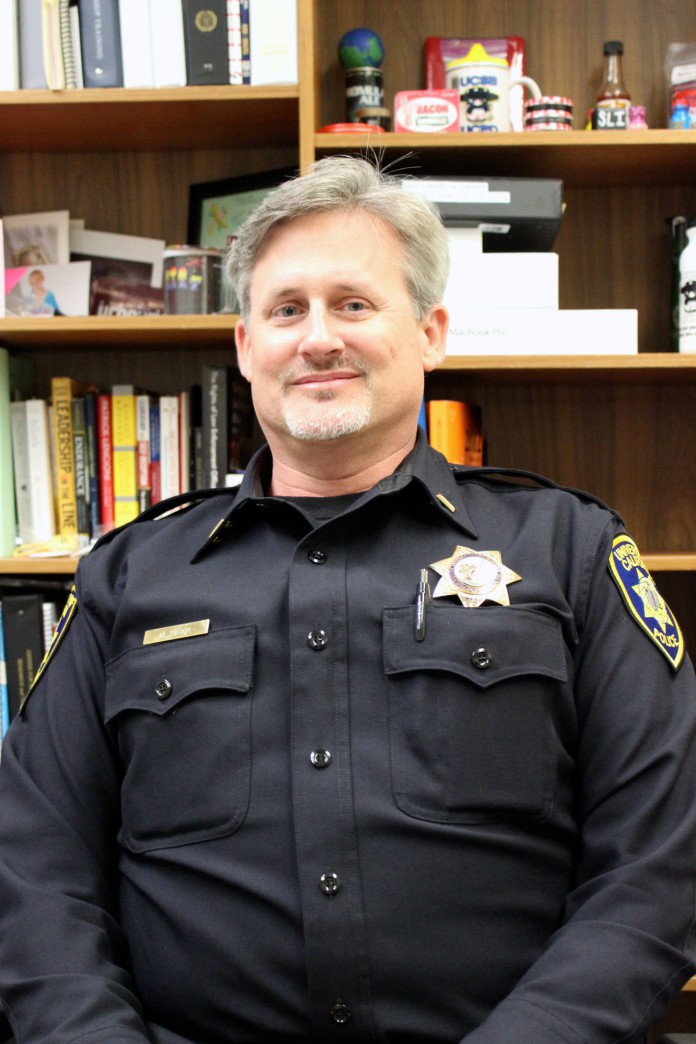 In preparation for Halloween, police officers from Santa Barbara County and the University of California Police Department from all ten UC campuses have been patrolling in Isla Vista with local authorities on the weekends since late summer. According to the University of California Police Department, several new policies will be put into effect this year to change how Isla Vista will be managed on the holiday.

Many of the officers that will be brought in on Halloween have been in Isla Vista on the weekends since late summer to get comfortable in the Isla Vista atmosphere and learn how the community functions, according to Lt. Signa.

“Police have been able to get a better understanding of Isla Vista culture and build a closer relationship to our local police forces, so that when Halloween happens they won’t be holding Isla Vista to the standards that you’d hold someplace else,” said Off-Campus Senator and Chair of External Affairs Carlos Lopez.

According to Lt. Signa, in light of past Halloween events, Deltopia, and the tragedy in May, the police are trying to gauge the attitudes of Isla Vista residents and react in ways that are appropriate. Records at the Santa Barbara Sheriff’s Department indicate that Halloween last year brought in an estimated 12-15,000 people, slightly less than the year before. That night resulted in 225 jail bookings, 249 citations, and 20 search and rescue calls. An event of similar size in the spring, Deltopia, brought in 15,000 people and ended in civil unrest when “chemical agents and less lethal foam projectiles” were used to disperse the crowd.

“We’re looking at how we handled that operation that time, what went right, what went wrong, and obviously there’s a lot of problems that happened that we need to work on and improve and things that we could do differently,” said Lt. Signa.

Associated Students has been working with the police to promote prevention, transparency, and outreach. The AS Program Board is planning a $5 concert on the night of Halloween, from 10pm-2am, in the Events Center for UCSB students only to offer a safe alternative to spending the night on the street in Isla Vista. Executive Assistant to Ali Guthy, Ashcon Minoiefar, worked with others in AS to send postcards to every resident in Isla Vista to inform them about police procedures, ordinances and parking restrictions.

AS has also been coordinating with the Santa Barbara City College’s president, Graciella Maynetto, the UCPD, and IV Foot Patrol to organize the free event “Pizza with a Cop” to follow up the recent “Coffee with a Cop” event. On Thursday, Oct. 23, police will be at Woodstock’s in Isla Vista from 6-8pm to talk to students and answer any questions they may have.

The goal of the event, Lopez said, is to “change the mentality from how much can you get away with without the police stopping you, to we and the police are working together to make sure Isla Vista is in good shape.”