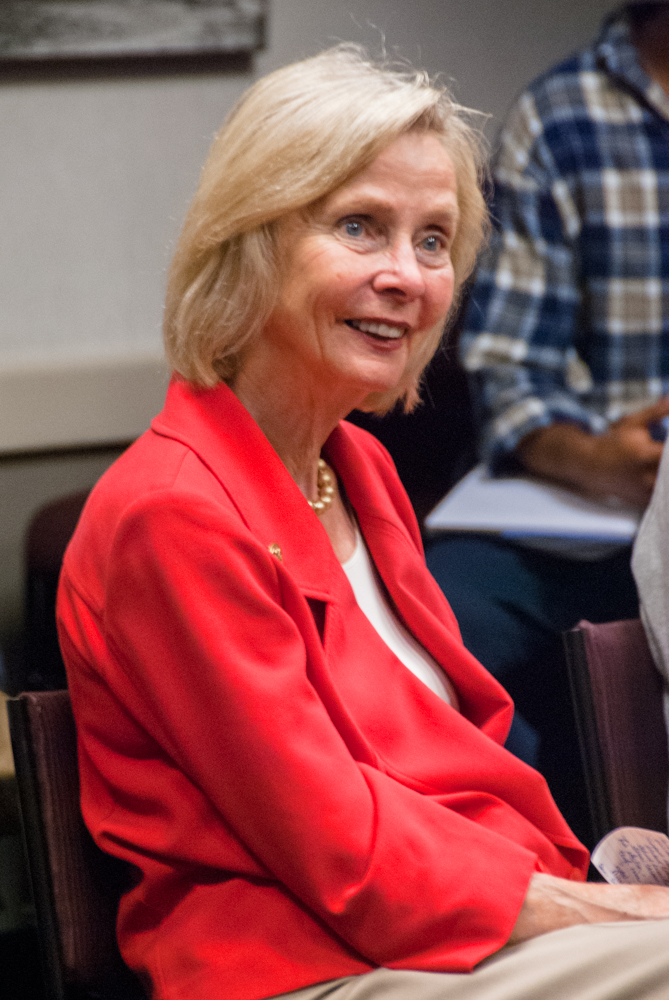 Rep. Lois Capps of California’s 24th congressional district visited students at the University of California, Santa Barbara on Tuesday, Oct. 7 to discuss the importance of voter registration, the issues that are important to students, and the impact Isla Vista has as a community on the upcoming election. The visit took place at a meeting of the UCSB Campus Democrats, who held an open-door sit down at the Lobero Room of the UCen to welcome Capps.

She attributed this record to the students and the work of campus organizations like the Campus Democrats. 3,100 students were registered to vote over move-in weekend alone, according to James Wittrock, a field organizer for the Capps campaign. “Isla Vista and UCSB [are] really going to make the difference in the race,” said Wittrock.

Capps also spoke briefly of her late husband, Rep. Walter H. Capps, a former professor of religious studies at UCSB. He decided to run for Congress in 1994, and was unsuccessful in what turned out to be a landslide year for the Republicans. In 1996, he ran for a second time and won, taking on the challenge of turning the central coast blue again after having been Republican for the last 50 years. Capps attributed her husband’s 1996 win to increased campaigning and attention to the UCSB campus and Isla Vista community.

Commenting on the UCSB student body as a whole, Capps said, “I’ve just been blown away by the amount of participation that has happened on this campus… You are the model for the country.” She went on to say how she hoped students, regardless of their political leanings, would take their famously active participation in the political process “as a point of pride.”

In her closing remarks, Capps expressed her sympathies with students and the massive student loan debts many will be facing after graduation. “It still breaks my heart to think of anybody graduating from college, and I know a lot of you will, with debt so high that you cannot think about doing the next things that you want to do,” said Capps, “We have to change that.” Capps reiterated her support for increased funding of public education by saying, “[I]f we lose that priority of education, what else do we really have? It’s where we transfer our values from one generation to the next.”

UCSB’s Campus Republicans held a meeting of their own next door to the Campus Democrats. Jacob Sarabian, a fourth-year political science major and a staffer for the Chris Mitchum campaign, discussed the role voter registration played in the campaign. Sarabian distinguished that the Mitchum campaign is not only about outreach and turning out the vote.

“While registration is one part of it… the main focus of the Chris Mitchum campaign has really been about getting knowledge out on the issues, and not necessarily voting to vote,” Sarabian said.

Within the upcoming weeks, voter registration, and the organization of groups like Campus Democrats and Campus Republicans, will likely prove to be crucial in a win or a loss for either candidate.