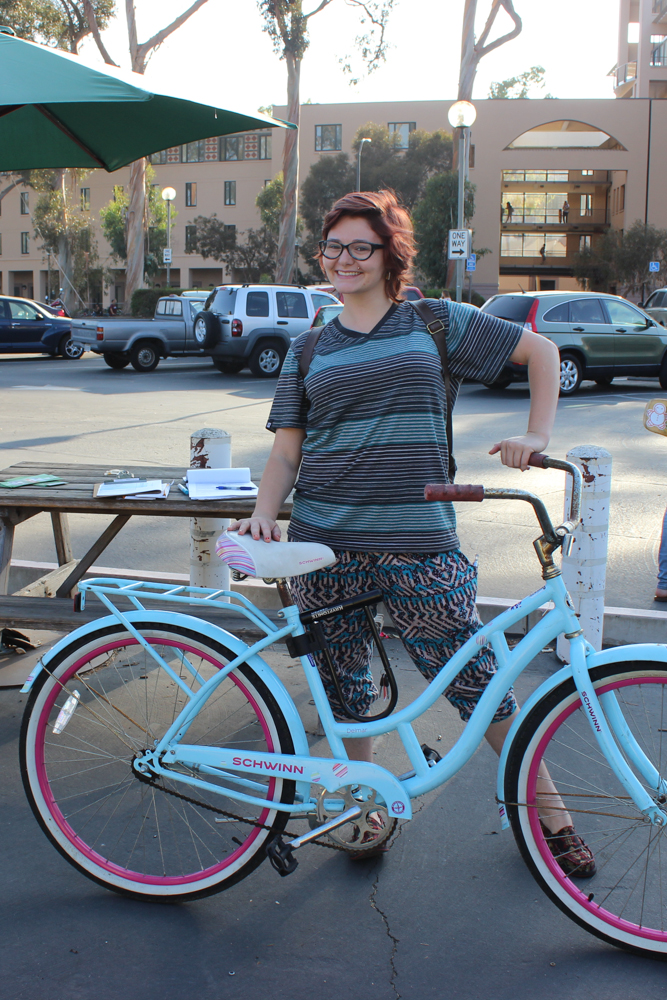 On Oct. 9 at 1pm, 50 University of California, Santa Barbara students rode home in style after the Associated Students (AS) bike shop distributed 50 free bikes to those within the Guardian Scholars Program.

The event was made possible by the collaborative work of many groups, including the Gaucho-U bike cohort, a program intended to facilitate staff in embodying effective communication, diversity, change and teamwork on campus, according to the Executive Vice Chancellor.

According to Tapia, the Gaucho-U bike cohort got in touch with Lisa Przekop, director of Admissions at UCSB, and the idea of reaching out to the Guardian scholars evolved.

“This is why I love the Guardian Scholars Program at UCSB,” said Justin Brandy, a second-year biology major. “Ms. Lisa does so much for us. She does anything she can to help us. She just wants us to succeed because we’ve already been through a lot.”

According to the UC Santa Barbara Current, the Guardian Scholars Program was established by the Makarechian family–Hadi, the founder of the Capital Pacific Holdings real estate company, and his wife Barbara–in 2012, and is carried on by the Conrad N. Hilton Foundation. The program offers both emotional and financial support to students who have recently aged out of the foster system.

The bikes distributed through AS were all abandoned property on campus, according to James Wagner, program manager for the Transportation Alternatives program. The bikes were held for a period of time and then refurbished by students on the cycling team, the CSO program, and AS staff before being “released back to the community.”

Upon arrival, each of the students received a golden ticket guaranteeing them the bike of their choice, an accompanying U-lock, and a free campus bike registration. Wagner estimates that the cost of a new bike with these additional features would be around $160 plus tax, and a used bike with the same features would be at least $100.

“I’m very excited,” said Brandy, holding his new bike. “I spotted it in line and I thought I have to get it. I ran right over to it.”

UCSB is ranked third on the 10 Most Friendly Bike Campuses in America, according to Best Colleges Online, proving just how pivotal a bike is to a student’s experience on campus. Brandy explained, “I’m really appreciative of this. My bike just got stolen a couple of weeks ago and I’ve been walking everywhere on campus to work, to classes, to 8ams, so this will add another 45 minutes to my day.”

The AS bike shop is located across the bike path from the Social Sciences and Media Studies building, and offers a variety of services for students’ cycling needs.