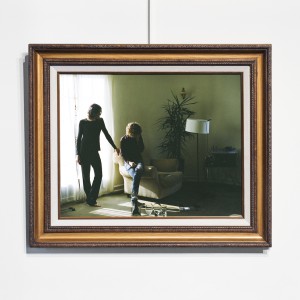 Sometimes to create good music in the present you need to look to the past. The past can provide inspiration, perspective, and a reminder of the cyclical nature of popular music. Beyoncé might be this generation’s Whitney Houston, Michael Jackson replaced Elvis as “the King,” and more than two decades after the breakup of NWA, great rappers continue to come straight out of Compton. Originality may not be dead just yet, but reviving an old style and updating it slightly can sometimes create amazing results. And that is what Foxygen and their newest album …And Star Power attempt to do. Unfortunately, these results are not as amazing as one would hope.

If I had to compare Foxygen to any classic artist, it would be the Rolling Stones. Maybe they are not equal in popularity, but you will often find lead singer Sam France channeling his inner-Mick Jagger with his erratic vocal style, switching between a vast array of voices, and letting out the occasional soulful howl.

This comparison rings true on …And Star Power, but for different reasons than in their past albums. In …And Star Power I see it expressed in the ballads which make up a big chunk of their album, with their whimsical guitar and prominent piano expressed over their now signature, yet not unrefined, lo-fi recording style. Unfortunately, these ballads do not have the soul of either the Stones or even Foxygen’s past work, and they make up most of the new album.

In all of these ballads, you can sense a common theme of unrequited love and loneliness. Especially expressed in the first five songs, this theme has been the fuel of much of the popular music of the past, but Foxygen puts no unique spin on it, and no clever lyrics for the songs to be remembered for. Unlike their past albums, the vocals leave something to be desired, as both lead and lack energy, sometimes sounding deflated.

Another difference between this album and past Foxygen albums is the amount of tracks. In the past their albums have not exceeded ten tracks, but this new release has them putting out a whopping 24 new songs, and it’s not to the benefit of the listener. With this album, it seems that Foxygen is spreading themselves a little thin. Their past albums did not have as many songs, but the songs they did have were packed with awesome variety and feeling, grabbing your attention by way of unpredictable song structures and undeniable soul. Every song was an experience and, as a collective, Foxygen was absolutely lovable.

But, that is not to say that the album is not worthy of a listen. “Talk” is my favorite track, pumping ferocious classic rock adrenaline for four glorious minutes. I also really enjoyed “Everyone Needs Someone to Love.” Even though I already complained about their ballads, with “Everyone Needs Someone to Love” Foxygen achieves a nice balance between slow and fast. Plus, the song structure change towards the end of the track is great.

Overall, Foxygen’s new album is made up of some nice songs, along with some fast classic rock-type power, but is a little aimless and boring at times. And while it might not compare to their old work, …And Star Power is still worth checking out.