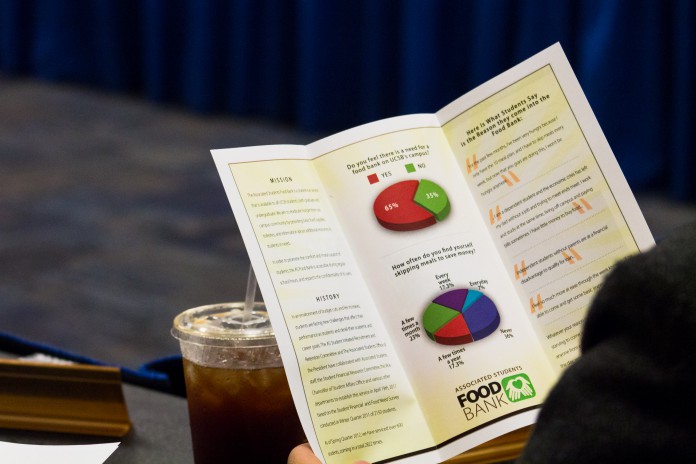 Associated Students President Ali Guthy and External Vice President of Statewide Affairs Melvin Singh shared news of their upcoming projects in Isla Vista and on campus at the University of California, Santa Barbara meeting of the Associated Students Senate on Oct. 15.

Additionally, a proposal has been made for the University to occupy the Nest building, which includes the businesses South Coast Deli, Dublin’s, and Precious Slut. The developer of this project has approached UCSB offering to convert the Nest into a student and academic services center, which would possibly include a 24-hour cafe and a health and wellness center, among other resources.

After attending the University of California Students Association board meeting, Singh stated that the students in attendance had similar objections and questions regarding the UConsent campaign.

“We haven’t really been receiving any information about what we are supposed to be doing at each campus, so we are moving the campaign to have it campus by campus,” said Singh, adding that this would be beneficial, as each UC campus has its own culture and way of handling sexual assault cases.

The Senate also entertained a discussion regarding Coastal Fund’s disagreement with the AS Food Bill. The bill declares that student groups may not use their AS funds to purchase food for standing meetings. Coastal Fund, an organization which provides Office of Student Life groups with opportunities to fundraise through beach clean-ups and restoration projects, holds meetings for several hours on Monday evenings. Due to this, in the past they have used 0.8% of their funds to pay for weekly catering, and they would like to continue to do so. However, after the debate of several senators over whether making an exception was in the best interest of the student body, the senate was unable to reach a consensus, and thus the discussion was closed.

During Public Forum, AS Food Bank coordinator Tuyen Nguyen and chair Katie Freeze gave a presentation on the Food Bank’s goals and resources for UCSB students.

“Our mission is to provide friendly, confidential service to students in need of non-perishable foods and toiletries,” said Freeze.

The Food Bank is working on integrating themselves into the “scope of the local community, the statewide community, as well as here in Santa Barbara,” said Nguyen. “Food insecurity not only happens on this campus; it happens all across the state and the nation.”

The Food Bank is funded by a $1.81 student lock-in fee, but due to their increasing number of clients, they are trying to fundraise and advocate for their services further in order to continue to provide for UCSB students.