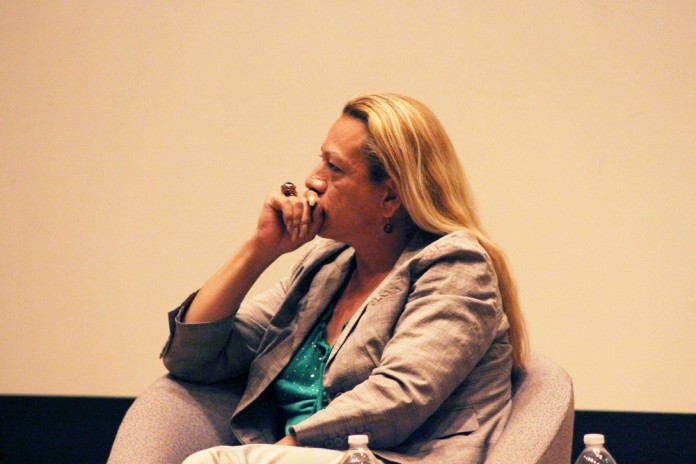 “I always say that I am a miracle—’Yo soy un milagro.’ I am very fortunate and grateful to be alive today. The issues that I have faced are the same issues that many young people are facing today. My story [as a transgender person] is a story of many,” said Bamby Salcedo, in the jovial and transparent film, “TransVisible: Bamby Salcedo’s Story.”

Filmmaker and activist Dante Alencastre created the film, which reveals some of Salcedo’s most intimate stories and secrets. But more importantly, it highlights Salcedo’s shift from troublemaker to activist icon and her transition from man into woman.

Transgender Latina leader Bamby Salcedo has dedicated many years of her life to being an activist, traveling across the country to raise awareness for the cause she believes in.

However, this was not always the case. She confessed that at a young age she was involved in crime and drug abuse. As she grew older, she became deeply engrossed in more malicious activities. Oftentimes, the consequences of her misguided actions would be spending time in juvenile hall—or prison, once she had come of age.

Then, during one fateful moment after being released from prison, she decided to reform herself. During this self-reflecting moment, she became convinced that she wanted to become involved in the transgender movement.

Salcedo received a staff position at Bienestar Human Services in Los Angeles. Through her new work, Salcedo eventually gained a solid grasp of the transgender situation. Then, after many years of community service, she went on to become the founder and president of The Trans-Latin@ Coalition. This coalition grew out of her desire to give voice to the transgender Latinas.

Salcedo is also involved with many other organizations and projects that provide social services to LGBTQ people. One of them includes Angels of Change, a sort of fashion runway fundraiser which empowers transgender youth and assists them with health care.

After the free screening of “Salcedo’s Story,” Salcedo and Alencastre came into the MultiCultural Center’s theater for a Q&A session.

An eager Molasses Jones, who is starting a media company that would emphasize the lives of people from marginalized communities, asked Salcedo “What are the things that make you, you?”

Salcedo responded with, “We all do different things, in some way, to try to be happy… I can honestly say that today I am happy. I am happy because I don’t have to get external motivation from anybody else… but that’s not easy, though… I worked on my shit, I’ve shed tears because it’s painful to just be real. Really, that’s really what it is—to be real with yourself.”