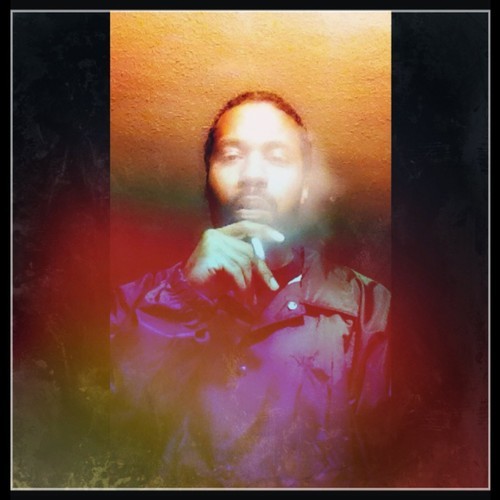 Isla Vista Theater was graced with a night of boogie and funk in celebration of Magic Lantern’s 10th anniversary this past Friday, May 9. As a part of the first season of “Something Else”–a concert series organized by Speak Volumes and Magic Lantern Film–Pasadena’s Dâm-Funk regaled the night’s audience with his unique combination of soul and funk music.

For the second concert in this three-part series, Speak Volumes and Magic Lantern once again converted IV Theater into a music venue with a professional aesthetic: the sound quality remained crisp throughout the night and a movie screen was used to project a visual accompaniment to the performances.

University of California, Santa Barbara students Alex Ho and Dylan Chase opened the night as their collaborative DJ act, Psychojohn. They played a tasteful mix of deep, tech, and ghetto house in addition to classic funk and disco. Not only did they play a wide variety of genres, but their song selection–ranging from Whitney Houston’s “Million Dollar Bill” to Reggie B’s “Do You Wanna Ride”–also showcased Ho and Chase’s dedication to the research of old and contemporary tracks.

Around 11:15 p.m., Dâm-Funk began his set. Like Psychojohn, he displayed a great diversity in his track selection. At times Dâm would make you feel as if you were entering the Mothership with Parliament-Funkadelic, only to take you back to the mid-90s streets of South-Central Los Angeles with his G-Funk influenced melodies and bass lines. At one point, he was even able to bring the atmosphere of a Detroit nightclub to IV Theater with an acid house track crafted by Omar S.

Dâm demonstrated his experience as a DJ through the small details of his performance–often flipping and twirling vinyl records between his fingertips as he alternated through them. Often, Dâm opted to comment about many of the songs that he played as he transitioned into them, telling the audience a bit about the song’s history, stating the name of the artist that made it and where they were from.

In addition to blending vinyls together, Dâm repeatedly grabbed the microphone to sing along to his tracks. Toward the end of his performance, he began to incorporate a keyboard and synthesizer to create live beats in front of the crowd.

Dâm intended on ending his performance with the popular song “Hood Pass Intact” from his album “Toeachizown,” which was released by Stones Throw Records in October 2009. However, after realizing that no one was cutting him off, Dâm decided to keep the party going with two more songs. He played the tracks “Faden Away” and “Hit Da Pavement” from his collaborative album “7 Days of Funk” with Snoop Dogg, who re-branded himself as Snoopzilla in homage to the legendary funk-bassist Bootsy Collins, or Bootzilla as he has been intermittently named.

After his set, Dâm-Funk complimented the efforts of Speak Volumes and Magic Lantern, stating that everything about the night was incredible, from Psychojohn’s opening act to the visuals by fourth-year computer science major Jason Worden. In an act of humility, Dâm, who had just completed an outstanding performance, praised the event’s coordinators and the crowd, stating, “Keep it up, Santa Barbara.”

The success of this concert and the first installment of “Something Else,” which brought the Los Angeles psychedelic pop duo Peaking Lights to IV Theater, indicate that Speak Volumes and Magic Lantern have devised a concert series that is well worth Isla Vista’s attention.

Be sure to catch the third and final installment of this season’s “Something Else” series on May 30, as Mndsgn offers his own interpretation of the sounds of the Los Angeles beat scene.