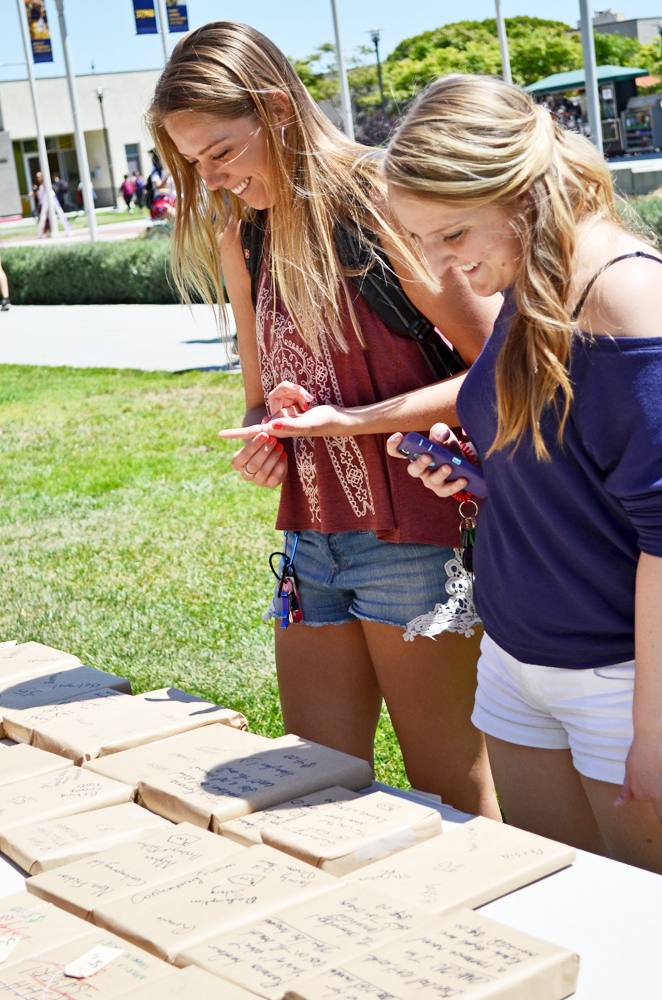 University of California, Santa Barbara’s Lit Club successfully held a book drive on April 29 and April 30 in order to distribute used books to the UCSB community and raise money for the organization, but with a twist. All books, with prices ranging from $2 to $5, were wrapped in brown paper with only the genres and key themes written on the wrapper.

“By covering the book and writing what the themes are, people can choose it, not based off of what it looks like, but what value it has for that person,” said Angelia Pfingsten, a fourth-year English major and surgeon at arms for the Lit Club.

Instead of choosing a book based off of its cover art or the condensed summary on the back, people are able open their minds to books that they could have possibly overlooked. The genres and themes that are made visible serve as an assurance that the wrapped book the reader chooses will be a pleasant read.

This creative wrapped-book concept was received well by the UCSB community.

The book drive was so successful that the Lit Club sold out of books earlier then expected and had to cancel the last day of the event, May 1, due to the high demand on the first two days.

Members and friends of the Lit Club graciously donated all the books. Instead of throwing away old books or leaving them on shelves with no one to read them, this fundraiser was able to circulate used books to fresh eyes. Lit Club hopes to have more book donors in the future.

As for the Lit Club itself, it became an official club again this quarter. Members are major reading enthusiasts and love to share great books they have come across.

“I love to read and I love books,” said Ulises Alvarez, a third-year sociology major and member of the Lit Club. “I want to see the opinions of other people and see if they have any recommendations.”

A big part of this organization is sharing, both physical books and ideas.

“I became a member because I believe it is very important to have people come as a community and be able to share and express what their interests are,” said Pfingsten. The Lit Club is not major-specific and welcomes anyone who is a secret, or not-so-secret, bookworm.

In the wake of such a positive response from the community, Lit Club hopes to do similar drives on a quarterly basis for the future. Any used books that members of the UCSB community no longer read could be graciously donated to the Lit Club to aid in further distribution of great books in this fun way.