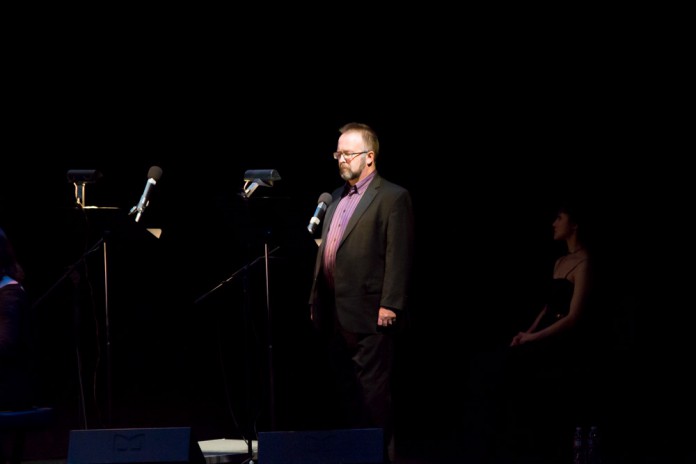 A good friend once explained to me that “Beauty and the Beast” is, at its core, a fairytale about the power of femininity that gets morphed by crude hands into the Stockholm Syndrome extravaganza we’ve come to know today. The Beast may have Belle trapped inside of his castle, but he is himself trapped by the judgment of Belle. It’s only her forgiveness and care that can redeem the Beast–and the ensuing power struggle ultimately champions Belle as the victor, without her ever using glory or honor or machismo to succeed.

However, Cocteau’s version of the story, featuring a Beast resplendent in Victorian head halos, pauldrons, and a cape covered in stars and aggressive glitter, is not so much about Belle as it is about the mysterious and ethereal.

From the beginning of this film, Beast warns Belle not to look directly in his eyes. She’s free to explore the castle, which is filled with silent but obedient arms that hold candelabras and serve food, but she is not allowed in the golden center of the Beast’s domain, where his power belongs. Belle refuses marriage multiple times–as the Beast makes it clear that she is the master of herself, at least, if not his house–and eventually leaves for her home and adored father.

The story dovetails when her evil stepsisters trick her into staying, steal the golden key to the Beast’s sacred chamber, and send Belle’s brother and would-be lover to slay the evil creature that has hypnotized their Belle. The sisters do it for material reasons, and it rather hurts the father’s likeability. The father manages to ruin the family fortune and allows Belle to become a slave, just so her sisters can enjoy royal balls.

But, Avenante, Belle’s star-crossed lover, fights in righteous fury. He breaks into the sacred chamber; however, he is instantly shot by the statue of Diana and, while dying, turns into the Beast. The former Beast then dies and quickly comes back in the body of Avenante. Belle, whose outfits have gotten more and more queenly (this last one has a crown for no practical reason) is instantly smitten, and the two fly into the sky to become king and queen of a mystical land.

Throughout the film, the orchestra’s three pianists managed to make an up-down arpeggio sound through careful timing. The flutes and oboes interplayed up and around them, and the musical concoction was foreboding, romantic, and mysterious. The music is minimal and repeats itself, with new harmonies and motifs added for key moments, and the two screeches of the Beast’s roar end with a chilling oboe shriek that brings back memories of the “Sweeney Todd” soundtrack.

The four opera singers–one for Belle, one for every female side character, one for every male, and one for both the beast and Avenante–added to the strange off-kilter fairytale theatre. The singers walked back and forth from the microphones, occasionally signaling their character’s presence before the movie did.

Overall, the many fantastical notions and symbols of “La Belle et la Bête” asks the viewer to forgive its somewhat forced plot and be in favor of the strange and mystical world that’s been created. But before it all, Coctaeu displays a message on a blackboard that warns us of what is to come:

“Children believe what we tell them. They have complete faith in us. They believe that a rose plucked from a garden can plunge a family into conflict. They believe that the hands of a human beast will smoke when he slays a victim, and that this will cause him shame when a young maiden takes up residence in his home. They believe a thousand other simple things. I ask of you a little of this childlike sympathy and, to bring us luck, let me speak four truly magic words, childhood’s open sesame, ‘Once upon a time…'”