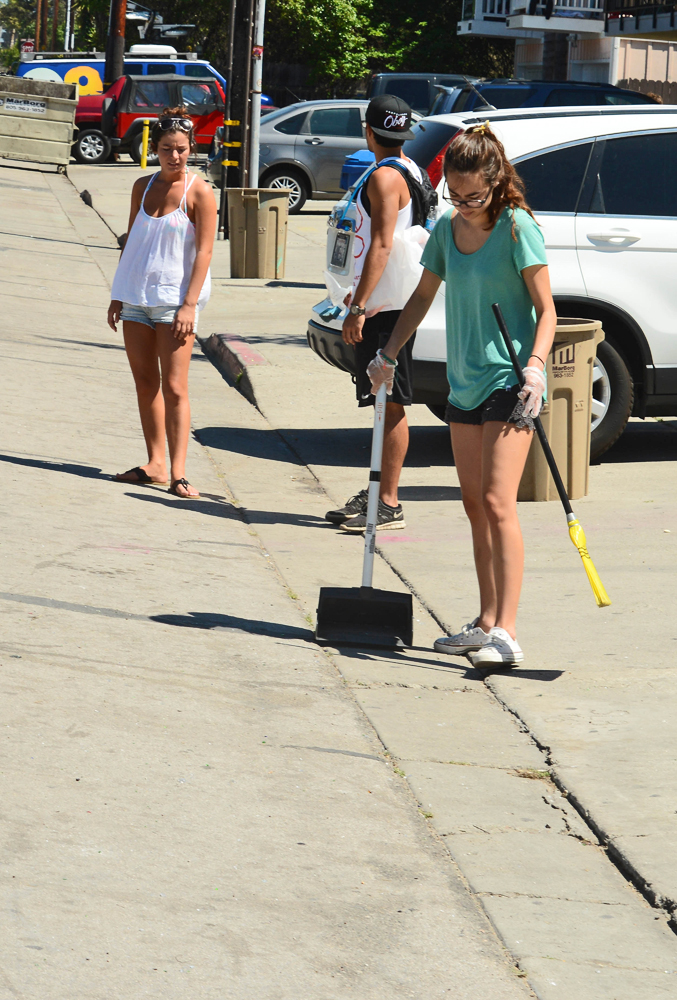 The Isla Vista Recreation and Park District Adopt-A-Block program hosted a post-Deltopia cleanup on Sunday, April 6, from 12 to 2 p.m. University of California, Santa Barbara students and Isla Vista residents volunteered to pick up trash after Deltopia party-goers and rioters littered the streets with broken bottles, cans, and red cups during Saturday’s festivities.

Rodney Gould, the IVRPD General Manager, was happy with Sunday’s turn out.

“It went great,” he said. “By Saturday we had 157 confirmed volunteers, [and] we actually had over 300 show up. A lot of it is organizations–sororities, environmental studies groups–and we have groups that come on a year-round basis and do cleanups once a week.”

Gould explained that Isla Vista is a difficult community to keep clean.

“In most communities you could have a street sign that says no parking Wednesday between 9 a.m. and noon, and street cleaners could come and clean the streets,” Gould said. “But we can’t do that in Isla Vista. There is no place for the cars to go.”

Like many other environmental organizations, the IVRPD is strapped for cash.

“For the last several years, [Adopt-A-Block] has been funded by the Goleta West Sanitary District,” said Gould. “[But] it is becoming difficult for them to carry that burden alone. A long time ago it was funded by the university, by the county, and by the Goleta West Sanitary District, but then when the economy collapsed the university and the county had to get out of it.”

UCSB students made up the majority of volunteers.

“I chose to volunteer because I woke up sickened as to what happened to our community,” said Nick McKeon, a fourth-year global studies major and San Rafael Hall Resident Assistant. “I decided I could do all that I could, and the cleanup seemed to be a good start. I invited the building I RA in, and was surprised as to how many people showed up.”

Unlike Gould, McKeon was not thrilled with the turn out.

“Considering how many students we have at our school, there could have been more people present,” he said. “I really wish people would take more action. Multiple people stood from their balconies and thanked us. As amazing as that was to hear, the best thank you would have been to get up and also take action.”