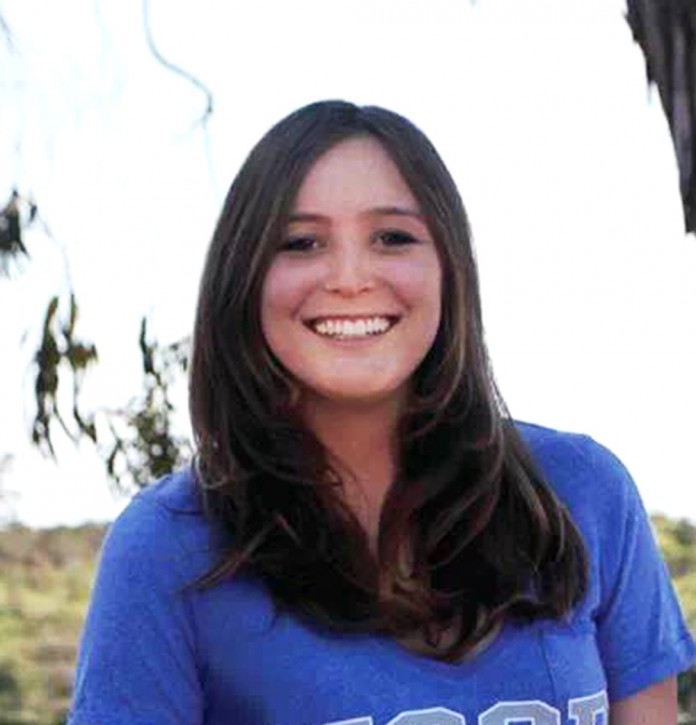 I think one of the biggest problems in terms of student apathy is the visibility of the association. I think visibility is key, because Associated Students is a place for all students. It should be accessible and open, and people should feel that they can use the resources and services of the association as much as possible–and I feel like we’ve been lacking in that in recent years. And one of the big things that I want to do to improve visibility of the association is really work on our public relations and our web presence, because the Associated Students has over 30 boards, committees, and commissions and various entities, and we don’t really have a cohesive and organized web presence, and that’s a problem. For instance, if you go to the Bike Shop’s website, it’s very outdated and it doesn’t really tie in cohesively to our current AS website, so I really want to make sure that everything that we have going on in the association is very clear, very united, and very accessible to students.

Also, specifically for the website: fun fact, I’m a nerd. I research AS and other UCs, I research other Associated Students, and UC Davis has a really amazing budget website. Any entity that is funded with student fees in the association has a line-by-line item of what that money is being spent for, so you could look at Community Affairs Board, for instance–which is the board I’ve been involved with a lot–you can see exactly what all of your money is being spent on in each entity of the association. We’re already reaching out to them because they’re using a very specialized software, they designed their own software, so we’re looking to purchase that from them so that we can implement it on our campus as well for that financial accessibility. Everyone wants to know where their student fees are going. We pay $181.44 a quarter–that’s almost $600 a year–so you should know where that’s going.

That is a huge issue–ginormous. One of the reasons why the higher education has continually been divested from the state budget is that we don’t have a specified portion of the budget. Every year, we have to fight for the percentage of what we get; it’s not like a set amount. So over the last few years, we’ve gone from the state paying 78 or 80 percent of your tuition to paying less than 10, which is atrocious that the state has continually disinvested from higher education. And I see two problems and solutions that have come out of that with the University of California Student Association, one of which being the continued disinvestment from higher education and reinvestment in the prison systems. There is a bill on the floor right now in the Assembly that is looking to reinvest $700 million in prison systems, which to me, is absolutely ridiculous because the state of California alone has 1 percent of the entire world’s prison population–just in California–and we want to spend another $700 million to increase our prison systems, which I think is atrocious. We should be reinvesting that type of funds into higher education. So really lobbying our state and local legislatures, I actually went to the Student Lobby Conference this year during Deltopia, so I wasn’t here for all that, but I actually met with some of our local representatives to specifically lobby against that type of funding and reinvest in higher education. So I already have a history of doing that, so as president, I really want to continue advocating for reinvestment in higher education by lobbying our representatives.

Also, I’m really passionate about oil extraction tax. California, Texas, and Alaska are the three biggest oil producing states in the United States, and California is the only one that does not have a tax on oil extraction. So companies can extract oil from California ground without being taxed on that extraction. And Texas, for instance, has that oil extraction tax, and they get $9 for every barrel of oil that is extracted from their land, and all that money goes to funding higher education. So I believe that, and again, I lobbied at [the Student Lobby Conference] this year for that to happen, and I feel like that’s another great revenue source for investing in higher education. So overall, I really want to, as president, to continue lobbying our representatives in the Capitol specifically for reinvesting in higher education and away from investment in prison systems as well as the implementation of an oil extraction tax. I know that was a long answer, but I’m really passionate about this stuff!

That’s a great question. OPP, which is the party I’m running with, has continuously served to increase funding for student groups on campus. We actually spearheaded the Students’ Initiative in 2006, which tripled funding for student groups on campus. So I want to continue that legacy of supporting our campus orgs, because they’re a vital part to the student experience here at UCSB. Some of our senators are interested in creating an endowment fund specifically through the association for student groups, because right now, groups usually come to Finance Board, which is their main source of revenue–so really ensuring that they have secured funding.

Also, one of the platforms I’m particularly running on–we have over 30 career staff members in the association, all of whose salaries are paid completely by student fees. And over the last five years or so, career staff salaries have steadily increased while funding for student groups has steadily declined, and I think that’s a huge issue, especially because the association is here to serve students. So I really want to reassess our current staff positions and–I want to clarify, I’m not advocating firing any staff members–but it’s like, we’ve had five to seven staff members resign this year, or quit, and I really want to reassess when that happens: do we need to still have this person or can we redirect that salary fund towards other student groups, or maybe hiring students to fill the job for them? That’s a big platform I’m personally really invested in, which is creating more student jobs on campus and in the community.

Like I mentioned before, one of the big projects I want to work on is ensuring that our budget is, and I know people throw around the word “transparent” a lot–what exactly does that mean? For me, it means that any student can log onto the association website and clearly see through very simple, organized format, where your fees are going, line item by line item. I think that’s a crucial step towards creating impact and reach of the association and also allows for a fair and honest budget. Everyone has access to the information; there’s no hiding anything, or concealing it, or having it in multiple places. It’s all out in the open. And I think that makes the budget both fair and honest, and creates better impact and reach for the association. That’s a big thing I want to work on.

Photo Courtesy of AS Election Committee