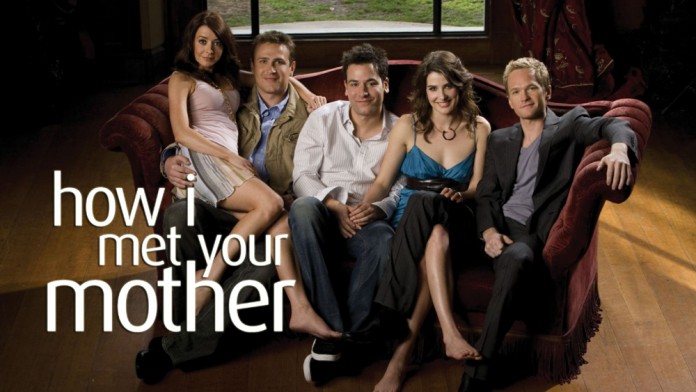 After nine seasons on air, the sitcom “How I Met Your Mother,” created by Carter Bays and Craig Thomas, ended with its characteristic plot twists. However, its final twist left many fans upset with the surprise ending.

As the premise and title of the show suggests, the plot of the series follows Ted’s journey to find the mother of his children, to whom he tells this story. But the finale proves that the show’s story is not just about how Ted met the Mother, but rather a way of Ted asking his children permission for him to move on from the loss of their deceased mother, so Ted can date his old flame, Robin, with whom the story begins.

The finale had its touching moments–the notorious playboy Barney ironically has a daughter, and we get to see him fall in love with her at first sight; we see Marshall appointed as a judge; we see brief moments of the life of marital bliss that Ted deserved. But ultimately, the finale’s ending was anticlimactic and left me yelling at my screen in horror, checking the time desperately to make sure the episode still had enough time to redeem itself.

The show spends its entire ninth season in the 56 hours leading to Robin and Barney’s wedding weekend, dragging the suspense of the wedding out for six months. As if it weren’t enough to make loyal fans sit through week after week of awfully written episodes with campier-than-usual acting, the final season proved to be even more of a waste of time when Barney and Robin got divorced after about two minutes of marriage in the plot.

The divorce was necessary for Ted and Robin to eventually end up together, but if the writers knew how the show would end, why did they spend 22 episodes on a wedding that was never meant to be? This plot twist that pairs Ted and Robin further serves as a testament to how much the show tries to mimic the classic TV show “Friends”; it is unoriginal and does not serve the overall story well. Prior to the last few minutes of the final episode, Ted and Robin had not been romantically involved for the past seven seasons, so it made no sense to give them a happy ending instead of the one the show had built up.

The finale brings up the question of what is most important in a series finale: a surprise ending, a predictable ending, or one that gives the audience optimum satisfaction and closure. Although the creators of “How I Met Your Mother” sought to end the series where it began–with Ted and Robin together–the series would have concluded much better with an ending that fit the course it took to get to that ending. The show spends almost eight of its nine seasons with Robin rejecting Ted, then lets the two date for a brief season. Then, the show spends several seasons producing a dysfunctional yet heartwarming relationship between Barney and Robin, and the audience grows to root for them. Meanwhile, the final season lets the audience finally get to learn more about the Mother, and presents her in such a way that the audience cannot help but fall in love with her too. She is unconventionally beautiful, dorky, and so similar to Ted in a way that longtime fans of the show can truly appreciate.

The most upsetting part of the finale was not just the fact that Ted did not end up with the Mother as the show implied he would, but that it did not properly say goodbye to her with the respect she deserved. In the last few minutes of the episode, Ted tells his children how much he vowed to love their mother, and how he continued to take care of her when she got sick. Then suddenly, she dies, and that was that. The show dismissed a character it had been building up to for nine years in an instant, and let Ted move on with someone he had dated about 20 years ago. Killing the Mother was a cruel ending for Ted, who had worked so hard to get over Robin for years and who deserved someone who would truly appreciate him for who he was.

Regardless of my personal bias, and looking at it objectively as a connoisseur of quality television, the finale did not do justice to the story of the entire series; it did not align with the overall story and was a dissatisfying end. After following the series for six years, it was a major disappointment (cue Ted and Robin’s salute) to see a TV show with such promise falter.