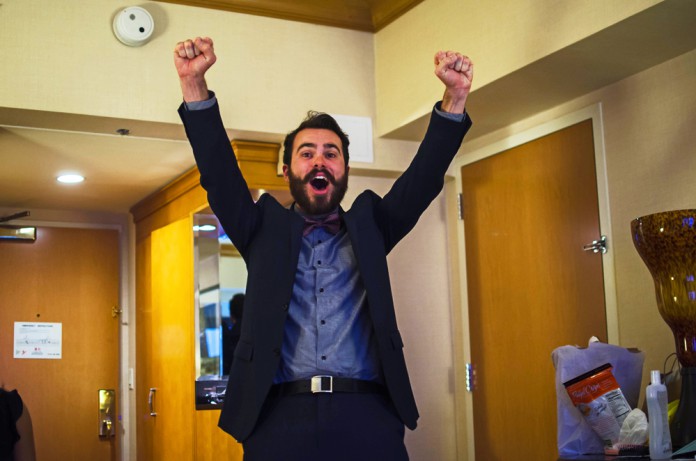 It is not every day that college students get the opportunity to be diplomats. Yet the members of the University of California, Santa Barbara Model United Nations club get such a chance often–and with impressive results.

MUN gives high school and college students around the world the opportunity to learn how the United Nations functions through preparation for competitive conferences. All participants are assigned countries and global topics prior to the conferences; once there, they are expected to reach solution-based resolutions within mock sessions of the UN General Assembly or other UN committees. Beyond policy, though, MUN provides the opportunity for students from across the world to interact through collaborating on solutions for global governance.

“In MUN you get to meet so many people,” said Undersecretary General of Finance Jesse Lin, a second-year economics & accounting and political science double major. “To create everlasting friendships and bonds, not just with people in your community but across the entire world–it’s crazy. It allows you exposure to so many different cultures. It’s a great way to make friendships all across the world.”

At UCSB, MUN is a club of dedicated students. Due to the exhaustive preparation required for success, many other colleges and universities offer MUN as a class; however, at UCSB, the student-run executive board and graduate adviser support a member base of over 70 students. These members have the opportunity to compete in two on-campus conferences throughout the year, and they can also apply to be part of the university’s elite travel teams that compete at MUN conferences around the nation and the world.

One such conference was the National MUN, held in New York City. UCSB MUN recently attended this conference in April, which drew more than 5,000 colleges and universities to compete. The club returned from NMUN with high honors, with the entire team winning “Outstanding Delegation”–the first place prize received by all attending delegations that placed in the top 10th percentile of all competing schools.

“I see NMUN as the purest form of competition in Model UN,” said Undersecretary General of Social Affairs Mickey Kenoyer, a fourth-year political science major. “It’s not hosted by a specific school, so there aren’t certain politics to that… It’s not tied to a specific region so there’s people from all over and they judge purely based on your performance; they’re incredibly fair.”

A relatively new presence on campus, the UCSB MUN club has relatively little academic and faculty support, which has fostered deep work ethics within the club. This commitment is what fueled their success at NMUN and allowed them to compete at such a high level, said Graduate Adviser Galen Stocking, a fifth-year political science graduate student.

“At almost every school that won, [MUN] is a class,” said Stocking. “They have a faculty member that trains them for something like four hours a week, who is trained in international relations. The students have to do all this research coming in, and we meet two hours a week–most weeks it’s longer. The last week before we left we met for a six-hour marathon session, and no one complained. The students here don’t have the resources that a lot of the other schools have, and to see them excel despite that is really good.”

For many, MUN helps hone important life skills like public speaking and research. UCSB’s MUN club has helped many on their path to success, said Stocking, with members from previous years going on to be Fulbright Scholars and participants in selective graduate programs in international studies, such as those at the Monterey Institute.

“MUN gave me the confidence to approach professors,” said Emily Nightingale, former UCSB MUN Secretary General and global studies graduate. “I did research with those professors, and now I’m going to India to conduct research with the UCSB Center for Nanotechnology… and [afterward] I’m going to be starting a two-year fellowship with the Science and Technology policy institute in Washington D.C.”

For all those interested in learning about model diplomacy on a collegiate scale, the UCSB MUN club will be holding its annual Central Coast Scrimmage on May 17, and registration is currently open.