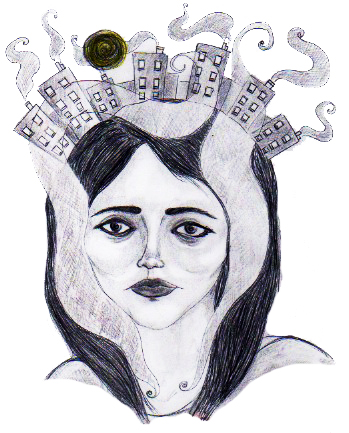 Air pollution from Asia has been known to severely increase global emissions and is linked to changing global weather patterns. A decade-long study was recently published in the Proceedings of the National Academy of Sciences (PNAS) regarding the changing weather patterns. It appears that the smog directly affects weather systems over the Pacific Ocean, causing unseasonable, extreme weather in some locations.

“The Pacific storm track is a major driving force over global weather patterns,” said the study’s main author Yuan Wang, a post-doctorate fellow at NASA’s U.S. Jet Propulsion Laboratory. “The modulated storm track can be linked to abnormal weather behavior in the mid-latitudes of the Northern hemisphere, including U.S. and Canada.”

In January, the U.S. Embassy in Beijing recorded air pollution levels up to 18 times the safe amount determined by the World Health Organization (WHO). Residents were recommended to stay indoors.

WHO estimates that in 2012, 7 million deaths throughout the world were linked to air pollution. The United Nation Health Agency stated that air pollution is the “single largest environmental health risk,” with a respective 2.8 million and 2.3 million deaths attributed to East Asia and Southeast Asia.

“Few risks have greater impact on global health today than air pollution: the evidence signals the need for concerted action to clean up the air we all breathe,” said Dr. Maria Neira, director of WHO’s Department for Public Health, Environmental and Social Determinants of Health in the report.

Additionally, China’s use of fossil fuels and chemical processing results in a build-up of aerosols, fine particles that are suspended in the air. Generally, this is supposed to keep the planet cool; however, an excess could lead to disruption of global weather patterns.

“Aerosols provide seeds for cloud formation. If you provide too many seeds, then you fundamentally change cloud patterns and storm patterns,” said co-author of the study, Renyi Zhang, a professor of atmospheric sciences at Texas A&M University.

China now leads the world in current carbon dioxide emissions, with the U.S. coming in a close second, studies show. However, when looking at a log of total CO2 emissions dating as far back as the 18th century, the U.S. has been the biggest global contributor.

Emissions must be reduced 40 to 70 percent by 2050 to prevent the climate from rising over 2 degrees Celsius, the UN’s Intergovernmental Panel on Climate Change (IPCC) reported on Sunday.

However, just the opposite has been happening. Half of all current emissions were released in the past 40 years, data shows, and global emissions rose by a billion tons annually between 2000 and 2010.

Ottmar Edenhofer, the co-chair of IPCC, believes that all countries must take steps toward the goal of reducing emissions. However, many developing countries fear that decreasing emissions means halting all growth, and countries with natural fossil fuel deposits are wary of their stock falling.

“You need reasonable incentives, for instance national carbon dioxide taxes,” said Edenhofer. “They would contribute to economic development, but they could be staggered so less affluent households would barely be affected. Governments are only now realizing these possibilities.”

So far, countries have been uncooperative, and Edenhofer describes the process of negotiating with more than 110 governments as “extremely difficult.”

“It’s not likely that much will happen,” he admits. “But if someone had asked in 1970 about the likelihood of the Berlin Wall being non-existent in the year 2000, the answer would probably have been zero.”

“You shouldn’t consider probabilities where historic developments are concerned, but rather necessities. The people in Berlin wanted the wall to fall–so it fell. I hope the IPCC’s reports and experiments all over the world contribute to opening a door to fair international cooperation,” Edenhofer said.