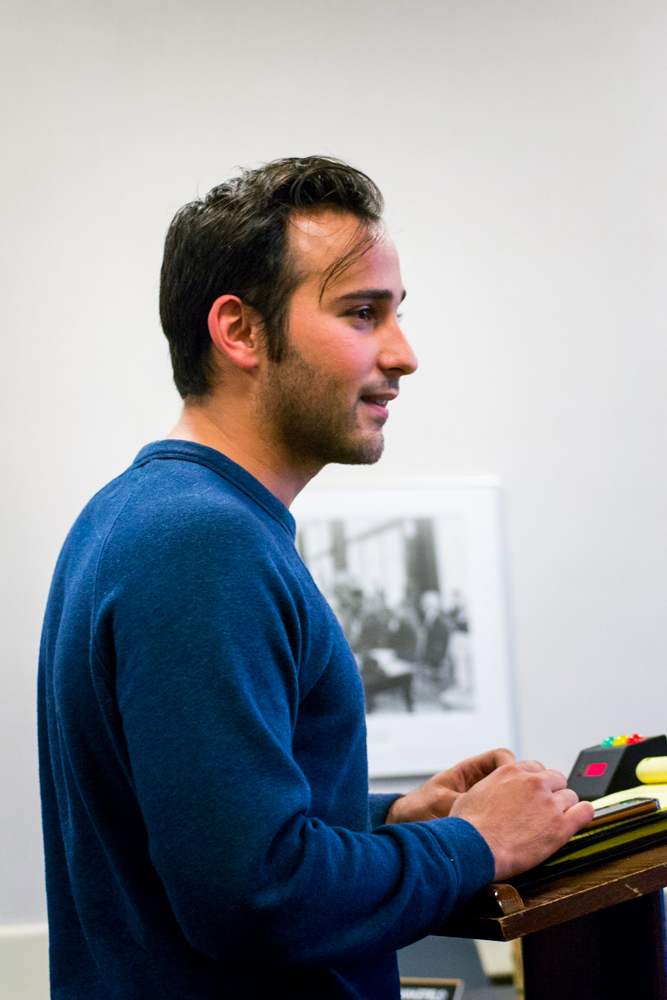 Associated Students Senate discussed misallocated funds and the aftermath of the recent Deltopia riots at its meeting on Wednesday, April 9.

Student Advocate General Kristian Whittaker updated the Senate on his office’s recent work on cases in which police officers threatened students with expulsion or even eviction from their Isla Vista residences on various occasions during Deltopia weekend. According to his investigation of these threats, the only instances that could put a student at risk for expulsion were those in which that student committed a violation of the University of California, Santa Barbara student code of conduct.

“For example, if there are instances of students throwing bottles, that may be looked at further,” Whittaker said. “However, if you have folks who participated in the hectic-ness of Deltopia on your property, that’s not going to be regarded in any way [related to] your academics.”

According to Whittaker, eviction is more dependent on a student’s specific lease agreement. The student could face legal consequences if a police officer felt inclined to take up lease violations with his or her landlord; however, Whittaker said common violations such as having a beer keg on one’s property would likely not result in eviction.

It was brought to the Senate’s attention that previously approved funds allocated by the AS Student Commission on Racial Equality (SCORE) to the UCSB Students for Justice in Palestine (SJP) were in violation of AS financial policy. Student groups are permitted to request AS funds for transportation one time per academic year, and SJP had already received such funds earlier this year.

Because the Senate had approved SCORE’s meeting minutes from the previous week, it had also unlawfully approved the $250 allocation and thus had to choose either to let its decision stand against policy or to retract the funding SJP assumed had been granted. Should it stand by its decision, it would run the risk of the funding being retracted by AS Judicial Council upon review later on.

Off-Campus Sen. Derek Wakefield motioned to retroactively strike the funding allocation from SCORE’s minutes, having emphasized the importance of acting in accordance with the one-time exception policy.

On-Campus Sen. John Soriano felt differently, saying that it was the responsibility of the Senate to stand by its decision so as not to impede SJP’s plans for the funds they believed they had secured.

“Yes, we broke the financial policy, but we did that; that’s not their fault, and we’ve already given them the word that we’re going to give them that money,” Soriano said. “Had this not occurred, had we paid attention last week, we wouldn’t be having this problem, so that’s our responsibility, not theirs.”

Wakefield’s motion ultimately passed with a 14-6-1 vote, resulting in the retraction of the funds.

The Senate passed one piece of legislation that evening, entitled “A Resolution to Address Textbook Affordability.” The resolution authorizes the creation of a committee to explore new ways of lessening the financial strain on students imposed by rising textbook costs.