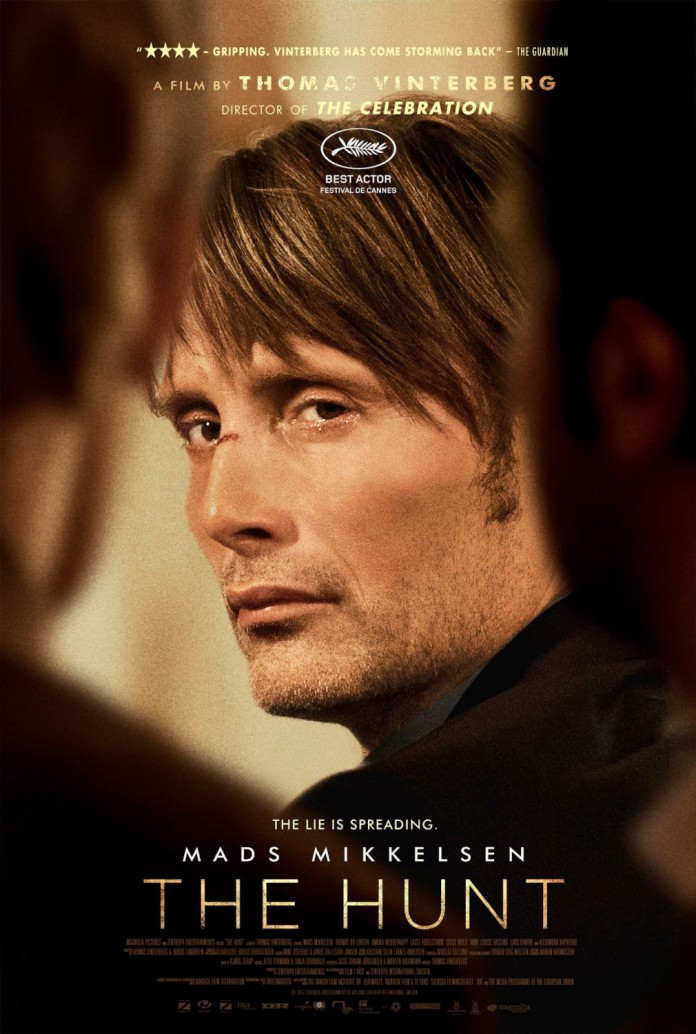 For the past two weeks, the University of California, Santa Barbara’s Carsey-Wolf Center has put on the “For Your Consideration” series, presenting 2014 Oscar-nominated foreign language films and animated shorts. The screenings, all open to the public, took place at Pollock Theater from Tuesday, Feb. 18 to Thursday, Feb. 27, starting with Danish film “The Hunt.”

Before the start of each film, Pollock Theater Director Matt Ryan asked the audience about their thoughts on the films and its chances of winning an Oscar. Additionally, an animated short was shown before each foreign feature film.

On Wednesday, Feb. 19, the French short “Mr. Hublot,” directed by Laurent Witz and Alexandre Espigares, was shown with Belgian film “The Broken Circle Breakdown.” The short is about an introverted character named Mr. Hublot who adopts a robotic dog. This short is a delightful film that captures the importance of companionship, even when one is stuck in a cyclic routine alone.

Directed by Felix van Groeningen, “The Broken Circle Breakdown” is about a couple, brought together by their love of American Bluegrass music, who break up after their 7-year-old daughter is diagnosed with cancer. Elise (Veerle Baetens) and her husband Didier (Johan Heldenbergh) struggle to maintain their relationship due to their views on American stem-cell politics, evolution, religion, and, of course, Bluegrass music. The tragic picture is non-linear, cutting from scenes of the present to the past that all tie together by the end of the film. Pushed forward by a steady beat of fiddles, banjos, guitars, and mandolins, the film shows the joys and sorrows of being in love.

On Tuesday, Feb. 25, Lauren MacMullan’s Oscar-nominated short “Get a Horse!” was presented. It is a mixture of classic Mickey Mouse animation mixed with 3-D technology. The animated short opened for the Italian film “The Great Beauty” (“Le grande belleza”).

“The Great Beauty” is the story of journalist Jep Gambardella (Toni Servillo), who sees the world from an alternate viewpoint after his 65th birthday when he discovers that his first love has died. The film focuses on the themes of life, death, and appreciating everything you have. We see Rome transform from a superficial location to a beautiful one, as Jep begins dissecting his lifestyle to be more aware of his blessings. At first, it seemed that the film was a juxtaposition of modernization and tradition; it later revealed its true themes of regret and finding beauty in strangeness.

Opening for the fourth foreign language film on Wednesday, Feb. 26, was “Room on the Broom,” an enchanting tale of a witch and her companion’s battle against an evil dragon. The fairytale narration carried the plot forward, and in fact storytelling played an important role in the night, as the feature film used voiceover narration.

After watching films about abuse, love, and life, director Rithy Panh combined those three themes into the Cambodian film “The Missing Picture.” The film is based on a true story and was an adaption of the autobiographical sections of Panh’s book “The Elimination.” In the film, the audience is shown the atrocities Panh faced growing up after a communist regime overtook the Cambodian capital in 1975. This quiet film requires a lot of patience, as the story is uniquely shot, using snippets of black-and-white archival films and clay figurines to emphasize points.

The “For Your Consideration” series wrapped up on Feb. 27, in time for the 86th Academy Awards on Sunday, March 2. The night started with the Japanese short “Possessions,” which is about a boy who finds shelter in a small cabin full of old artifacts. The artifacts come to life in his dream, and his spiritual journey helps him realize the importance of faith.

Ending the series was the Palestinian film “Omar,” written and directed by Hany Abu-Assad. The story is a complex tale of three childhood friends who are in a resistance group against their corrupt government–only they are ratted out and must discover who betrayed them. The action-packed film is interlaced with themes of politics, panic, paranoia, love, and freedom.

On Sunday, March 2, the French animation “Mr. Hublot” won the Oscar for Best Animation Short–not a surprise, considering the appealing nature of the character and his companion. In the end, Director Paolo Sorrentino accepted an Oscar for his film “The Great Beauty,” marking the win as Italy’s 11th Oscar for Best Foreign Language Film.