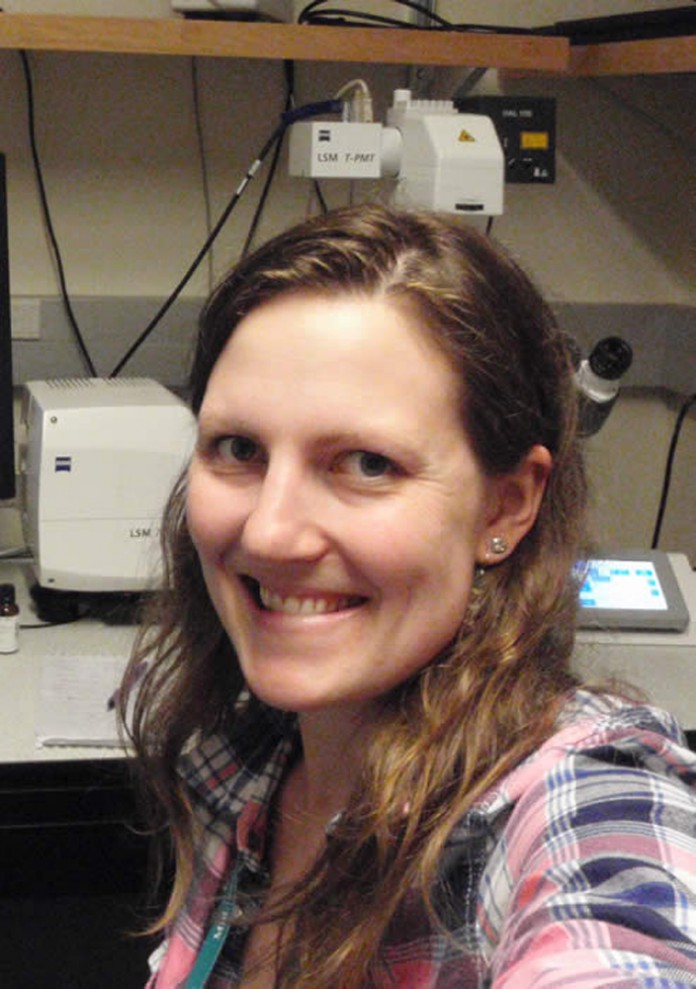 “When a fertilized egg is transformed into a complex multicellular animal, how do cells learn when to divide, differentiate or die at the proper time and location? We are investigating the mechanisms that regulate these processes,” the lab description states.

Dr. Davon Callander is a postdoc who has been with the Rothman lab since May 2013. She has a Bachelor’s in Physiology and Developmental Biology, a Master’s in Neuroscience, and a Ph.D. degree in Marine Biology.

“I study C. elegan’s responses to environmental stressors,” Callander said. She mentioned her Ph.D. work with mussels, and how “challenging [it is] to see what’s going on inside of them.” This is certainly not the case for nematodes, where every single cell can be seen under a microscope.

“The genetic tools [available for studying] C. elegans are pretty phenomenal… you can do so much and it’s just thrilling,” Callander said. “Every individual cell can be seen.”

“We’re bilateral on the outside, but inside, we’re not symmetrical,” Callander said, about humans. “There are genetic mutations that allow fully reversed insides, but if they don’t fully reverse, you’re in trouble.”

Mirror twins are an example this–identical twins with asymmetrical organs. In the case of a full reversal, both individuals have functioning organs, but there is an almost certain result of organ failure if only some of the organs reverse.

“If you poke the embryo [of C. elegans], you can disrupt the position of a certain cell division, which leads to whole animal reversal,” Callander explained. “We have discovered that the major organs, the gut and gonad, can be reversed, independently of the whole animal. The major proportion of tissue is reversed–it’s astounding!”

“Understanding the genetic basis for reversal is important,” Callander said, in regard to preventing this asymmetry from happening in humans. Callander’s research primarily studies what influences this reversal, as well as its implications for human health.

“We just submitted a paper for a special issue of a journal about symmetry,” Callander said.

The Rothman lab’s other projects include studying cell reprogramming and Parkinson’s disease.