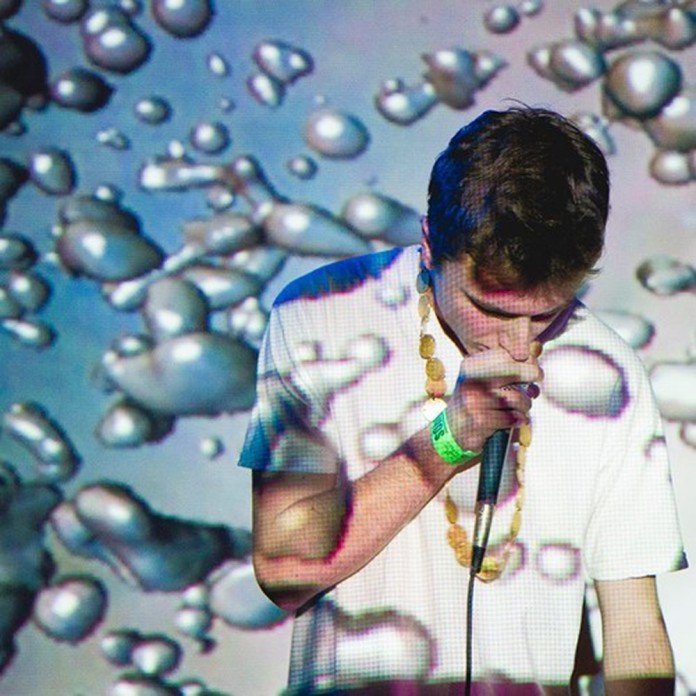 Cub’b: a great man and a better producer. Some of you may have had the honor of catching one of Cub’b’s sets over the last few years; but for those of you who are still in the dark, allow me to introduce you to him.

Cub’b is University of California, Santa Barbara student Chris Cubbison–a 21-year-old College of Creative Studies literature major from San Diego, Calif. You may have bumped into him around campus, and perhaps you took him to be just a run-of-the-mill, lanky white kid working for Associated Students Program Board–possibly as that guy who said something before the of Montreal show you saw last week. Yet you were foolishly unaware of the parallel life he lives as a producer, out of the public eye, until recently.

This January, Cub’b put out what many think to be his best work yet. In his newest all original, five-track mix, “Wired,” Cub’b takes his audience on an 11-minute musical journey inspired by HBO’s hit series “The Wire.” Each of the five tracks are dedicated to a different character in the series.

The tracks start with stern and commanding vocal samples, preparing us for the forthcoming medley of warm and symphonic backing tracks coherently sprinkled with an array of horns, synthesizers, and punchy drumbeats, courtesy of his SP-404, MPC1000, and Tascam 464.

Each track brings something new to the table. Starting with the opener titled “Omar’s Theme,” we hear the words “give it to me” bellow through the backing track, and Cub’b goes on to do just that through out the mix. From the second the beat drops we travel through genre-defying tracks with hints of everything from rhythmic hip-hop to anxious and glitch-ridden dialogues. The mix concludes with the quote “the tree that doesn’t bend breaks… Bend too far, you’re already broken.” With his newest release, Cub’b explores the feeble equilibrium of rigidity and distortion in a way that must be heard to understand.

The mix is available to stream for free at soundcloud.com/chriscubbison/wired, along with other great tracks from Cub’b.