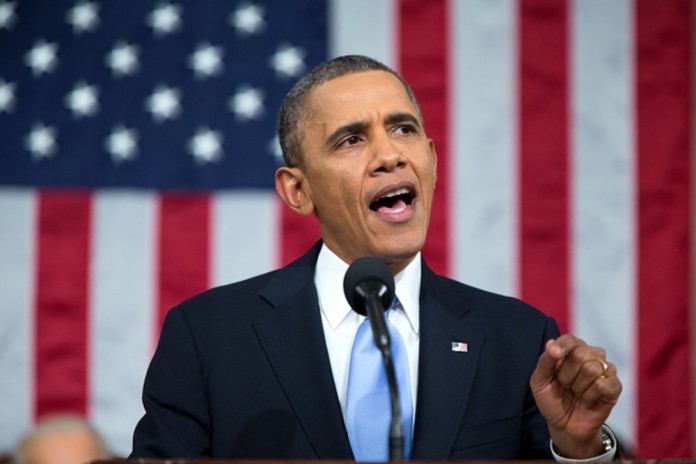 During the 2014 State of the Union Address on Tuesday, Jan. 28, President Barack Obama spoke about a variety of issues that affect University of California, Santa Barbara students, including immigration. Immigration has become a familiar subject in the UC community, especially following the hiring of Janet Napolitano as UC president.

In a broad, overarching statement, Obama said, “If we’re serious about economic growth, it is time to…fix our broken immigration system.”

Obama touched on the economic aspect of the immigration issue.

“Republicans and Democrats in the Senate have acted, and I know that members of both parties in the House want to do the same,” he said. “Independent economists say immigration reform will grow our economy and shrink our deficits by almost $1 trillion in the next two decades.”

One UCSB student, who wishes to remain anonymous, addressed the economic aspect of the immigration issue.

“I’m for immigration reform because immigrants give a positive investment to our country,” the student said. “The U.S. dumps billions to maintain detainees, deportations, and the border all for immigrants who have not committed any crime other than the civil offense of being in a country without legal status. It’s just not logical.”

In addition to economic concerns, Obama addressed individuals who immigrate to the United States in order to increase their quality of life.

“When people come here to fulfill their dreams—to study, invent, contribute to our culture—they make our country a more attractive place for businesses to locate and create jobs for everybody,” he said. “So let’s get immigration reform done this year.”

“My parents were immigrants, and I believe in equal treatment for all immigrants and citizens of the U.S.,”said a UCSB first-year who wishes to remain anonymous.

This student described Obama’s statement as “inspired” and “hopeful.”

Other UCSB students were not quite as enthralled with Obama’s stance on immigration and pointed out the hypocrisy in Obama’s words.

Gloria Campos, co-chair of Improving, Dreams, Equality, Access, and Success (IDEAS), an organization dedicated to protecting the rights and interests of undocumented students, questioned Obama’s broad statement and passionately defended families who have been affected by the current immigration policies.

“Funding for immigration enforcement under [Obama’s] administration has continued to increase by billions,” she said. “Deportation numbers since he took office have hit a record number of over 2 million people.”

“President Obama has the executive power to stop the record breaking numbers of deportations occurring under his administration today,” she said. “He cannot claim to support our community or any kind of justice if he fails to acknowledge the separation of families [due to deportation] continuing each day he fails to take action.”

Many other students seemed dissatisfied with Obama’s stance on immigration; however, 80 percent of respondents to a brief survey admitted that they had not watched President Obama’s State of the Union address.