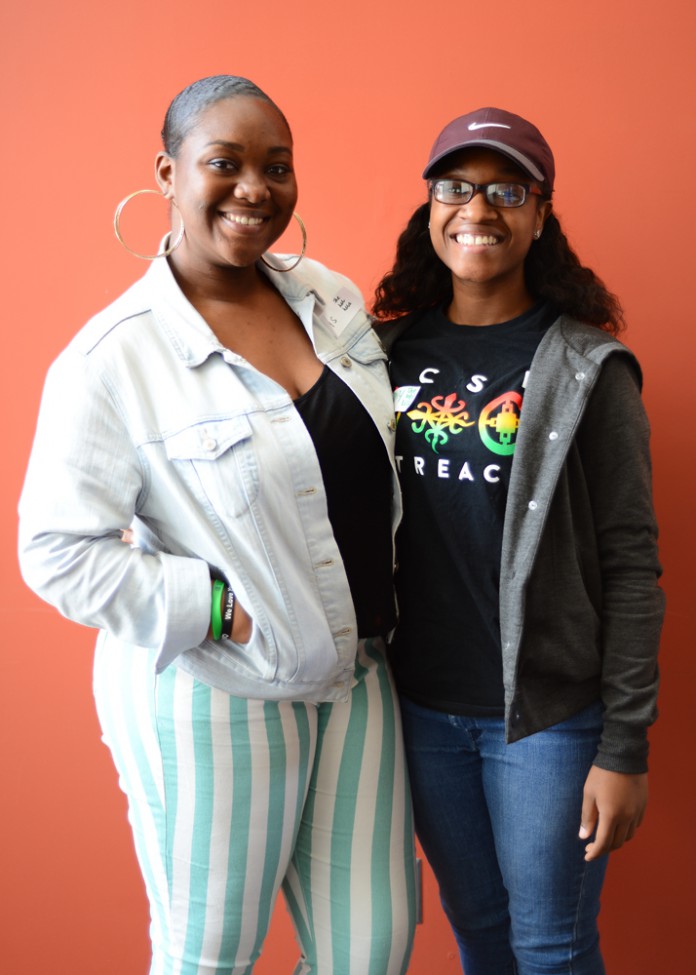 The Black Student Union of University of California, Santa Barbara is an organization that empowers and unifies African-American students by providing them with the resources to succeed academically and socially. Through its educational workshops, cultural events, and political programs, the BSU provides a plethora of resources to address the needs of the African Diaspora.

“We’re culturally and politically driven,” said Terron Wilkerson, a fifth-year Black studies major and BSU Outreach Co-chair. “We have an obligation as Black people who have made it to higher education. There’s a lot of us that don’t receive this opportunity, so it’s our mission to spread and create awareness, because we’re heavily outnumbered on this campus.”

It’s no surprise that the Black Student Union is so politically driven, for the organization was birthed out of a time of social activism in the 1960s, the decade of the civil rights movement and social reform. On Oct. 14, 1968, 12 BSU students were so distressed with UCSB’s treatment of African-Americans that they barricaded themselves inside North Hall, refusing to leave until the chancellor agreed to listen to their concerns.

“There were a low amount of Blacks on campus, so they decided they needed an organization to organize them around the issues they were facing on campus,” said Alexis Wright, fourth-year Black studies major and BSU Co-chair.

The students presented a list of demands that addressed the flaws of an education that didn’t reflect their needs and offered solutions. Thus, their diligent efforts accomplished a tremendous feat, for the UCSB’s Black Studies Department and Center for Black Studies Research was then established, both of which were major achievements for the African-American community.

The Black Student Union remains just as politically centered today, as they continue to address race relation issues and initiate direct action. The members hold intellectual discussions and come up with solutions through caucuses, group dialogue, and conferences, such as at their annual Afrikan Black Coalition Conference. Every year, BSU chapters at all UC campuses come together to represent Black students of California, discuss the inequalities students of color regularly face at universities, and attend workshops.

“The workshops are not only where we talk about issues, such as campus climate and matriculation, but we also come up with solutions,” said Aja Marshall, third-year communication major and Afrikan Black Coalition Co-chair. “We had a lot of really good speakers, like Bobby Seale and Angela Davis, and that was really important and empowering for us, because we’ve only read about them in our history books.”

The number of African-Americans at UCSB has remained below an underwhelming 5 percent of the student body for the past few decades. The conference aims to address issues of underrepresentation and to build camaraderie among students of color who often feel disenfranchised in a school setting.

“We believe that the university should reflect the makeup of the population or state, and that’s not happening at most higher education institutions,” said Wright. “On this campus, it hasn’t gone up above 4 percent since 1968.”

In the spring of 2012, BSU released a list of 10 demands to the UCSB administration, regarding its low recruitment and retention rate of Black students.

“It’s not enough to just get us here, because a lot of Black students share the sentiment that we come in with 30 people and graduate with 15, and for some reason, we’re not retaining to the university,” said Wright.

Along with its political and cultural programs, BSU also organizes numerous social events in order to unite the Black community, ranging from tabling at the Arbor, open mic performances, comedy acts, and movie nights. The club provides an open setting where African-American students can unite and bond, free of any uncomfortable social stigma that may be present on other parts of campus.

“Alexis and I have done everything we could to make sure that the community stays unified, and provide whatever resources we can to the community,” said Lisa Berry, fourth-year Black studies major and BSU Co-chair.

“It’s a nice family space,” said Marshall. “Every time I come to a BSU event or meeting, I know I’m around friends and family. It’s really nice to have that break from academics.”

The BSU will be holding its last Black History Month event, Comedy Night in the Hub, on Friday, Feb. 28, at 9 p.m.