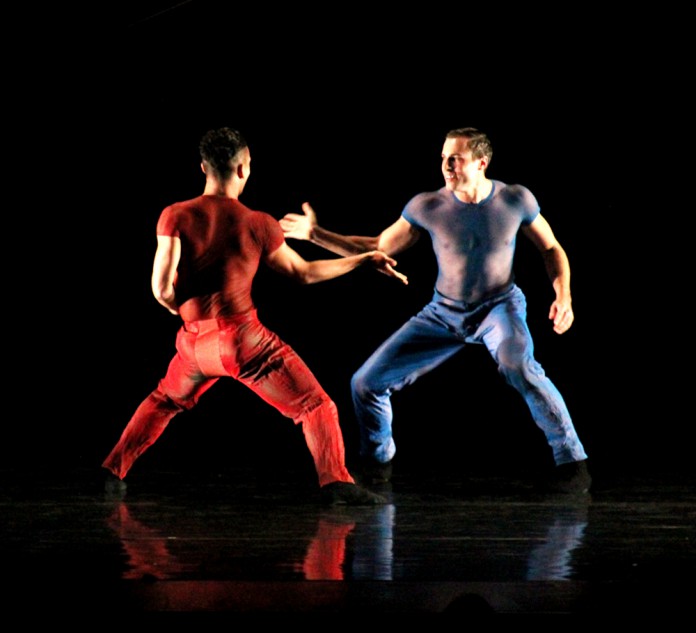 A crowd spanning all ages gathered at Santa Barbara’s Granada Theatre on Monday, Feb. 11, to see the multi-sensational spectacle that is Cedar Lake Contemporary Ballet. Going beyond expectations of typical contemporary ballet performances, Cedar Lake embraces an atypical medium by creating a delicate balance of humor, drama, grace, passion, and precision. This event was put on by the University of California, Santa Barbara’s Arts & Lectures program.

With an elaborate assortment of songs—some as recent as 2002 and others as old as 1722—the audience is led through three acts, each with its own mood and motifs. To match these alternating experiences, each act is paired with separate music and choreography.

Stage effects served a fantastic purpose in making each act stand by itself. The descending curtain in act one featured a complicated form of choreography in which the dancers interact with each other through shadows cast on the curtain, and as the tempo sped-up, so did the usage of this curtain effect. In a sophisticated set of stunts, the dancers demonstrated their full-athletic potential as great leaps and flips were strutted across the entirety of Granada’s stage. The opening act left the audience feeling both exhilarated and exhausted.

Act two featured a more abstract medium; this act would have a much darker mood, both figuratively and literally. Most of the stage illumination came from a series of on-stage roller lights that the dancers interacted with directly. At one point in the performance, a dancer slowly rolled a light to center stage, brightly illuminating a sorrowful dancer sitting in a fetal position. Although this sequence was simple in motion, the tension was palpable.

This act also featured the soundtrack from the 2002 movie “Solaris”; those who are familiar with the movie will note the suspenseful and sci-fi sound from this soundtrack. The long string-instrumented melodies paired with the lucid dancing (illuminated only from the dim on-stage roller lights) created a feeling of awe.

In the closing act the audience was immersed in an urban environment. The cast, costumed in city business attire, were quick to remove their clothes, revealing a lustful scene before returning back to their urban hustle and bustle.

A common complaint of some audience members was that Cedar Lake did not behave like a regular ballet by articulating a single storyline; rather, an assortment of storylines were portrayed. Although this entertainment medium did not appeal to everyone’s tastes, it certainly did a fine job of keeping the audience’s attention by increasingly pushing the athletic envelope. Despite the audience discrepancy over what meanings the cast was conveying, everyone could agree that all 16 dancers were incredibly well-trained and talented.

Cedar Lake Contemporary Ballet is New York-based and has been in existence for roughly 10 years, practically an infant as far as ballet companies go, but it has exceeded expectations in these few short years. Much like this performance, Cedar Lake has been defined to be continuously expanding the boundaries of movement.