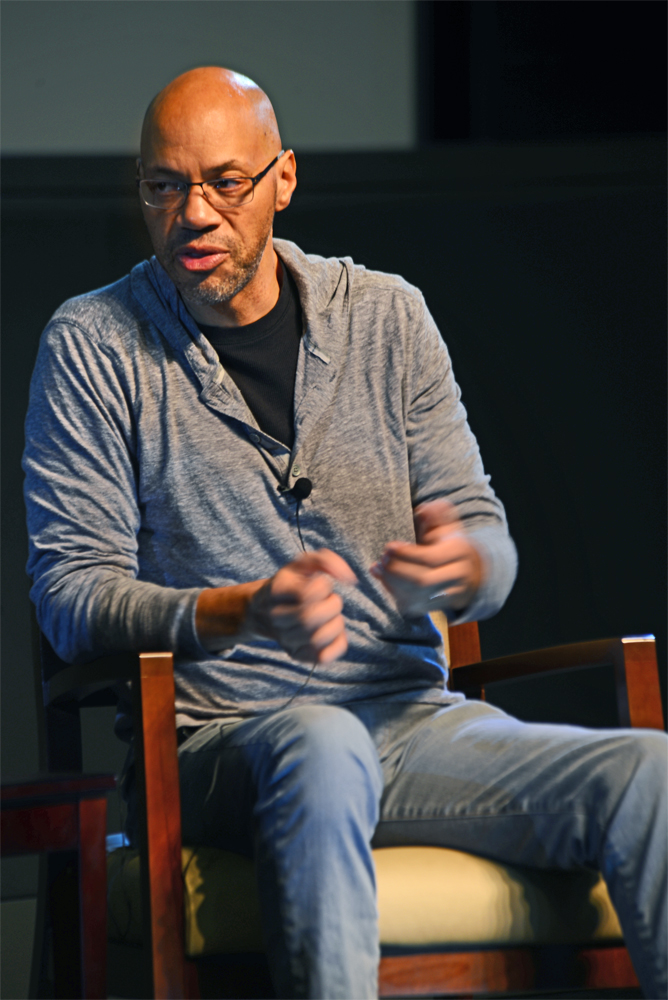 The University of California, Santa Barbara’s Carsey-Wolf Center’s “Script-to-Screen” series presented the Oscar-nominated 2013 film “12 Years a Slave” on Sunday, Feb. 23. With only a week before the 86th Annual Academy Awards, Oscar-nominated screenwriter John Ridley was at the completely packed Pollock Theater to hold a Q&A session after the free screening.

Set in the 1880s, “12 Years a Slave” is based on the true story of Solomon Northup (Chiwetel Ejiofor), a New York citizen who was deceived, kidnapped, and sold into slavery. Northup struggles to maintain his dignity and hold onto hope, as he experiences the inhumane conditions of slavery in the South before the American Civil War. The film’s cast, cinematography, and score intertwine and showcase the horrors faced during this dark time of American history.

At the end of the film, the 296-seat theater burst into applause as audience members were left appreciating the unique tale. On cue, Pollock Theater Director Matt Ryan commenced the Q&A session by presenting the screenwriter.

“I thought that I knew a good deal about slavery, and Solomon’s memoir is honestly one the most singular documents–personal narratives–that I have ever had the opportunity to read,” said Ridley.

“His clarity of detail is elevated: language that he uses, the way he describes scenes and situations,” he continued. “But more importantly the way he talks about his experience…without bitterness and without hatred…finding beauty in humanity in circumstances that were absolutely inhuman.”

Northup was born a free man with every right that those around him had. He was one of the few, out of many, that wrote a memoir, because he had the ability to read and write. Ridley began to get emotional as he began expressing the relativity one can feel about this period of American history.

He continued to explain how Northup took things for granted and wanted the audience to see how many things, like family, are taken for granted all the time. When someone was kidnapped in the 1800s, the lack of technology meant that there was no quick form of communication.

“Nobody could be aware,” said Ridley about people who went missing during those times.

Ridley then spoke about the ensemble and how he did his best to stay true to writing without adding cinematic elements. Ridley explained that he wanted to create a story that showed “all aspects of slavery through [the] characters.” This included a hypocritical slave owner, a fearful overseer, a suicidal slave, and a hopeful slave. The dynamics between these actors held the same “emotional velocity” the memoir had.

“12 Years a Slave” allowed the cast to explore their acting skills outside of their accustomed roles. Every actor and actress was so committed that Ridley said he oftentimes forgot they were acting and not racist Southern folk or tormented slaves.

Ridley also revealed that the character of Mistress Epps was the biggest failure of the ensemble, since he did not give actress Sarah Paulson the necessary tools to develop her character. He explained that what is on the script is not entirely accurate on screen, since everything is a product of collaboration. Paulson was the one who “created her own tools to make such a hated character.”

In the end, Ridley said patience helped capture the clarity of detail in Northup’s memoir. And it was this patience that created a unique screenplay, helping “12 Years a Slave” earn numerous prestigious awards and recognitions.