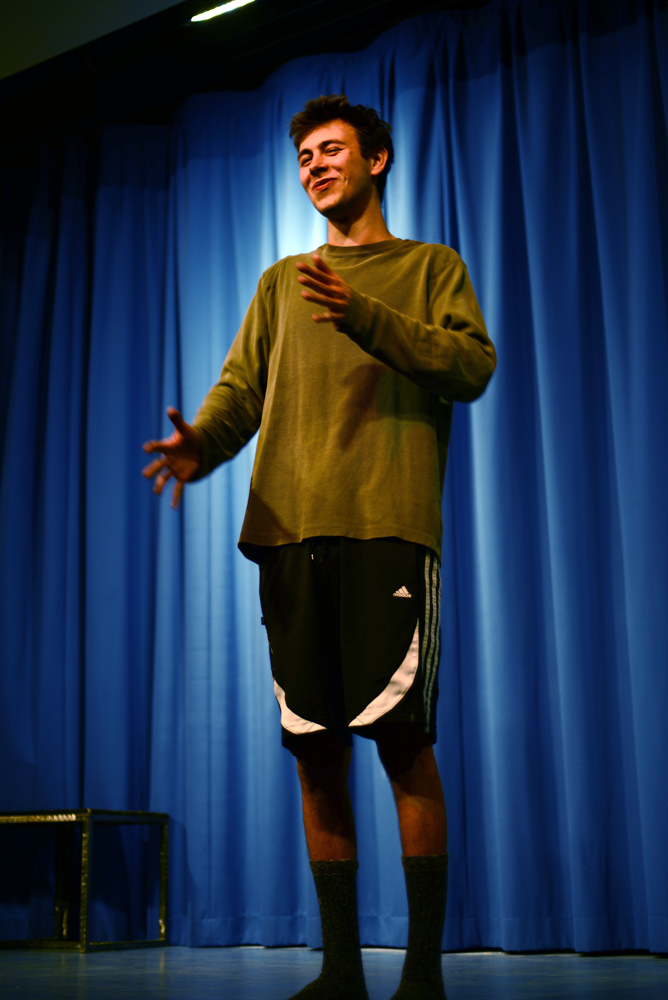 Laughs and love were in abundance this Valentine’s Day, but it wasn’t from any heart-shaped box of chocolates or a Looney Tunes themed card. If anyone felt the love, it was the folks in Embarcadero Hall on the night of Friday, Feb. 14–or as the funny people of Improvability called it, “Anti-Valentine’s Day.”

Improvability is University of California, Santa Barbara’s premier improvisational comedy troupe, providing hilarious comedy shows for UCSB students and the surrounding community since 2003. For the low price of $3, UCSB students are treated to the group’s hilariously original material, all live and unscripted.

Friday night’s crowd could only be described as the ideal audience for the show’s theme: single and unwilling to mingle. It’s safe to assume that most of the crowd was single, for when troupe member Matt Meyer opened the show by wishing everyone a happy Valentine’s Day, the crowd immediately responded with boos and jeers–in the most loving way possible, of course. It was an audience with their priorities intact, cheering wildly when Meyer excitedly pointed to the emergency exits.

Improv comedy comes so naturally to these talented student performers. Save for the fact that the actual games played are determined ahead of time, Improvability’s shows are completely unscripted. The games give the improvisers a foundation that allows for their spontaneous comedy to grow. Games are either off-the-cuff or follow a collective story. For example, in the game “Gaston” the troupe sang an improvised version of Gaston’s theme song from “Beauty and the Beast”; each troupe member came up with the words to the song one line at a time. It was a hilarious premise that made for some even funnier one-liners.

But the special highlights of the night were the Valentine’s Day themed games. In “Dating Game,” troupe member Leah Hardin was tasked with guessing the identities of her three suitors, each one a famous person, an object, and a process of change, respectively. Spoiler alert: the answers were Nicholas Cage, a pineapple, and evolution. The lucky folks in the crowd witnessed what was perhaps one of the most mesmerizing things ever–Shelby Geitner’s impression of the process of evolution. When asked where she would take someone out on a date, Geitner went from a single cell organism to a modern man (along with everything that comes in between), topping it off by saying “I would take you to the park.” Another highlight was the game “Pick-up Lines,” in which the troupe gave their off-the-cuff pitches of pick-up lines based on suggestions from the audience.

“You’re about to see why most of Improvability is single,” said Meyer.

But Improvability saved their biggest surprise for last: the return of the long retired game of “Oxygen Deprivation,” which is exactly what it sounds like. The actors are given a scene, and they must act it out with one actor’s head submerged in a tub of water. When the submerged actor needs to come up for air, he or she raises their hand and tags out with another actor, taking over that actor’s role. It really is something that must be seen to be believed. Understandably, the scene began to lose any sense of coherence toward the end of the game, but we won’t hold that against them. It was just fun to see these talented improvisers splash around for our own amusement. More water-based entertainment should be expected at Improvability’s next “Pirate Day” show on Friday, Feb. 21.