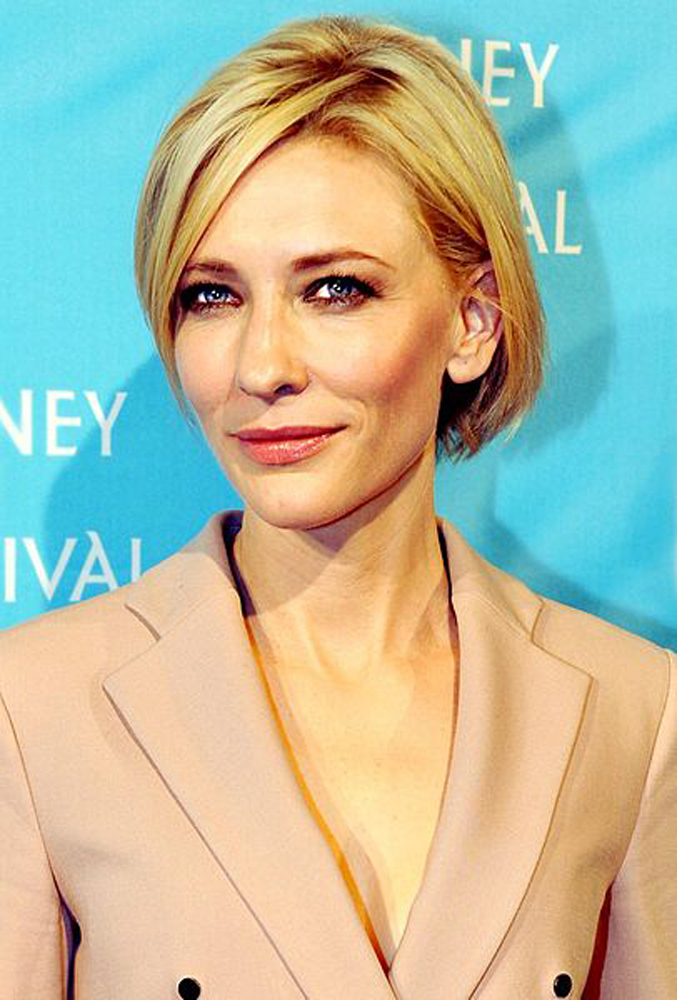 Cate Blanchett is as talented as she is charming. Blanchett radiated on stage last Saturday night at the Arlington Theater, where she was being honored with the Outstanding Performer of the Year award at the 29th annual Santa Barbara International Film Festival.

Blanchett was being honored for her performance in “Blue Jasmine,” directed by the revered Woody Allen.
The pairing of Blanchett and Allen in “Blue Jasmine” is a captivating collaboration. Blanchett’s powerhouse performance of a washed up, troubled New York socialite and Allen’s innate ability to craft a character and weave a tale left many viewers mesmerized.

Pete Hammond, film critic and interviewer for the event, summed it up nicely during his introduction speech, when he said, “What is it about Jasmine that we just can’t get out of our head?”

Blanchett’s performance as the protagonist, Jasmine, was strikingly beautiful.

“[It] reminds us again of the incredible range of Cate Blanchett,” said Hammond.

During Blanchett’s interview with Hammond, she revealed what appeals most to her when deciding to pursue a film. Blanchett emphasized that the role itself is not the driving force in her decision, but her primary motivation depends on who the director and costarring actors are, as well as the challenge of a role.

Attendees were shown clips and montage reels of Blanchetts’ film history, ranging from her portrayal of Queen Elizabeth I in “Elizabeth,” her gender-bending performance as Bob Dylan in “I’m Not There,” and to her role as Galadriel in “The Lord of the Rings” series, along with numerous others.

Over the years Blanchett has worked with an illustrious range of directors, from Martin Scorsese to David Fincher, some of whom she has worked with more than once, such as director Peter Jackson. Blanchett described Jackson as having “such a refined sense of ugly,” in reference to his work in “The Lord of the Rings” and “The Hobbit” series.

Despite her extensive acting career, Blanchett remains humble. Unable to acknowledge her level of success, “you never feel you arrive anywhere in particular as an actor,” said Blanchett.

Presenting the award was Rooney Mara, Blanchetts’ co-star in the upcoming film “Carol,” directed by Todd Haynes. In a shaky voice, Mara recalled the moment she knew she wanted to be an actor–after seeing Cate Blanchett at her local movie theater in “Elizabeth” when she was 13.

Blanchett, both a film and stage actor, accredits much of her achievements to her extensive involvement with the Sydney Theater Company, whom Blanchett made a point to recognize in her acceptance speech, along with all the other talented actors she has had the pleasure to work with.

“I do not know how to do this thing called acting without being alongside all these other actors,” said Blanchett.

Blanchett is a force to be reckoned with, both on and off the screen, as was evident from the way she wowed the audience with her articulate and intelligent responses and graceful demeanor.

“She really has an aurora and a presence about her,” buzzed one attendee at the close of the event.