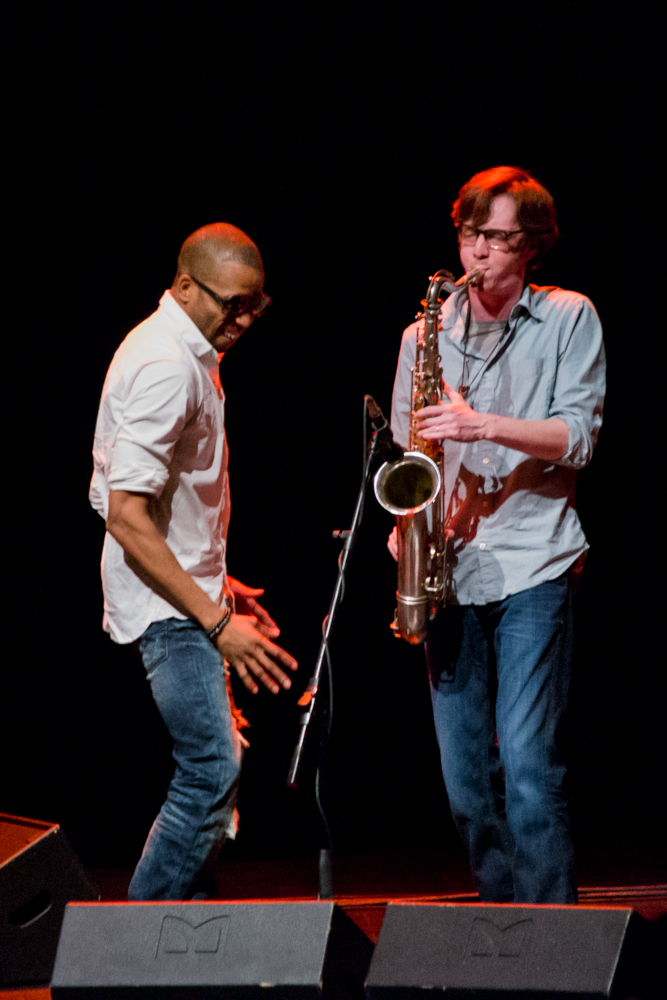 By day, Campbell Hall is where students go to attend lecture and pretend to take notes when they’re actually on Reddit and Twitter looking at god-knows-what. But at night, Campbell Hall occasionally turns into a cultural, artistic, and entertaining stage for a diverse set of outstanding performers and engaging speakers.

The past year has treated Trombone Shorty very well. He closed the New Orleans Jazz Festival, appeared in a Lenny Kravitz documentary, and lent his jazzy music to a Nikon commercial starring Ashton Kutcher. On top of his recent success, Shorty has also made appearances on recordings by artists from Zac Brown to Eric Clapton to Janelle Monáe. He has also made appearances on Conan, The Tonight Show, Jimmy Kimmel Live, Late Night with Jimmy Fallon, Austin City Limits, and in a recurring role on the HBO series Treme.

Shorty and his band, Orleans Avenue, have gained many new fans and much acclaim since their Grammy-nominated debut album, Backtown (2010), and their successful follow-up, For True (2011). They are now back with their third album, “Say That To Say This” (Sept. 2013), co-produced by Andrews himself and recording artist Raphael Saadiq.

First to take the stage was Orleans Avenue, followed shortly after by Trombone Shorty himself. They kicked things off with a soulful instrumental cover of The Guess Who’s “American Woman,” wherein the audience was properly oriented to Shorty’s horn playing talent. What followed was a breathtaking medley of the band’s catalog of groovy and lively tunes. The dance hall mood began to take form when members of the audience started flooding to the sides and aisles to groove and move to the supafunkrock beat.

Although they’re called Trombone Shorty & Orleans Avenue, the performance was definitely more of a democratic display of the overall talent of the band. Each band member had a solo or two throughout the set, with Shorty cheering and smiling on as he unpretentiously supported all of his incredibly talented bandmates. Shorty’s humility and charisma helped his bandmates’ talent shine through.

All talented musicians in their own right, two shining lights of the night (besides Mr. Shorty himself) were guitarist Pete Murano and drummer Joey Peebles. Murano treated the audience to several stunning guitar solos throughout the set, with each one as different and brilliant as the next. Particularly memorable was a guitar solo in the same vein as David Gilmour’s wah-wah driven solo in Pink Floyd’s classic, “Any Colour You Like.”

“That’s what I’m talkin’ about!” yelled an audience member during Murano’s first guitar solo of the night.

Several songs later, Shorty, Murano, and bass player Mike Ballard vacated the stage, and Peebles gave a captivating and escalating drum solo, with intermittent support from tenor saxophone player Tim McFatter and baritone saxophone player Dan Oestreicher. What resulted was an extensive, skillfully executed drum solo that shook the house and drew cheers and applause from the crowd. If an had earthquake occurred right then and there, we never would’ve known.

After a standing ovation from the audience, the band reentered the stage for an encore and kept everybody on their feet, even drawing them to the front of the stage for what can only be described as a spontaneous and energetic dance party.

Shorty sported Mardi Gras beads and waved a festive umbrella given to him by a member of the crowd. He danced around the stage and shook the hands of those in the front row.

Trombone Shorty & Orleans Avenue closed the night with the entire band drumming on Peebles’s drum kit together, and the pumped audience joined with rhythmic clapping and cheers. No crazy lights, no lasers, no psychedelic images flashing on a screen–just a night of talented musicians doing what they do best.