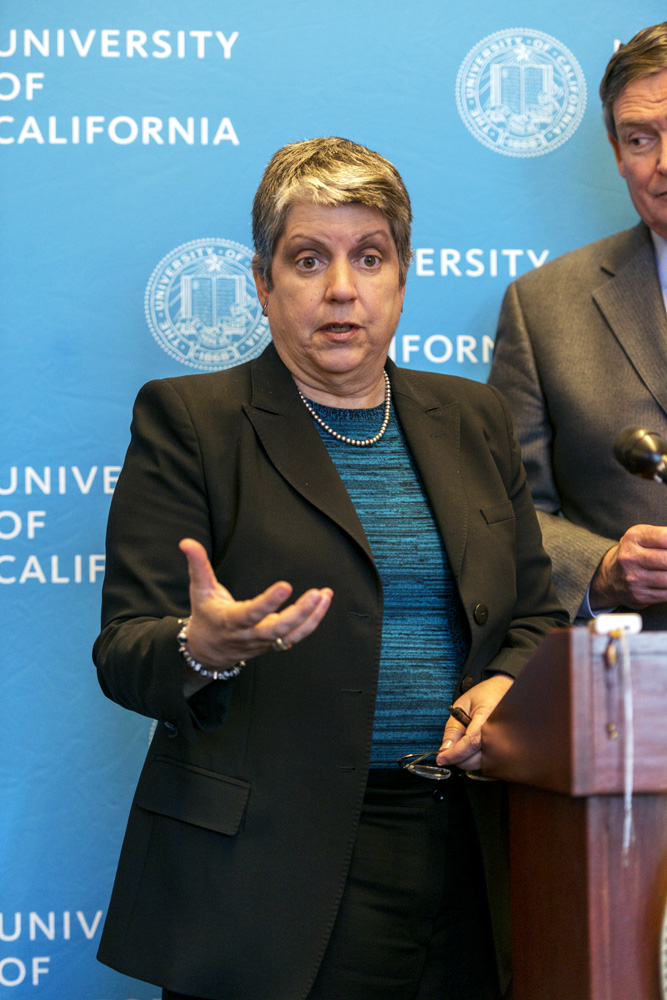 During the University of California Regents discussion of the Master Plan for Higher Education on Wednesday, Jan. 22, the Regents examined the state of the UC, California State University, and Community College systems in an effort to see how the original 1960 document fits with the needs of students today.

The Regents focused on increasing awareness of a UC or CSU education for students who might not see it as a feasible option and looked closely at improving the transfer process.

Regent George Kieffer, among others, was realistic about the fact that while the Master Plan still encompasses guiding principles for the California higher education system, it was created at a specific time for students with a very specific set of problems.

“Some are the same, but others are very different, so we should be thinking in terms of adaptation,” Kieffer said.

Gov. Jerry Brown supported this notion, and mentioned the fact that while the UC system was a more accessible option in the 1960s, when the Master Plan was created, there are many students today who believe they are unable to enroll, despite being otherwise qualified.

The Regents agreed that the point of UC is not to drive out these eligible students to community colleges, and that one way to fix this is to reevaluate the Master Plan in today’s terms.

The situation of low-income families was brought up in relation to this, with one Regent mentioning that there are students who know that they would like to go to college as early as seventh grade, but don’t believe that they will make it to a four-year university simply because of the cost.

In response to this, the Regents suggested more conversations with families that fit this profile and increased mass marketing strategies to raise awareness about options like the federal Pell Grant, which currently benefits 42 percent of all UC students.

They returned to the previously discussed option of online education as a potential way to aid students whose financial situation causes them to remain close to home. However, this was countered with the possibility of leading to a digital divide, where more affluent students are able to get the full campus experience and others are not. The Regents acknowledged the importance of a residential education that provides opportunities to meet other students and join organizations, which reinforces their firm idea that online education would be a supplement, not a replacement for a traditional campus experience.

The discussion moved on to the process of transferring from a Community College to a UC or CSU, again focusing on the lack of awareness about aid from the university system. The Regents admitted that there was a lack of coherent information about the transfer process, and how this often coincides with a similar lack of information about financial aid.

UC President Janet Napolitano talked about a new site designed to help potential transfer students and ensure that they are taking the steps they need to enroll in the UC or CSU of their choice.

The presidents of the three university systems elaborated on this Student Center Website Portal during a press conference, which would be modeled after an initiative in Long Beach. The program gives students at the local community college a clear outline of the process involved in transferring to CSU Long Beach, and guarantees them a spot at the four-year university provided they complete all the requirements.

The rethinking of the Master Plan culminated in the idea that its guidelines are flexible, and should be modified according to the current needs of California students. The percentages outlined in the original plan should be opened up, the Regents said, mentioning that there should be new criteria for how to decide who can attend which type of institution. While the 1960 document states that UC is intended for the top 12.5 percent of students, the consensus is now that these numbers should not necessarily be set in stone.

The move toward adaptation and flexibility meant that few definitive conclusions were drawn from the meeting, and while Regents members proposed initiatives such as a streamlined transfer program and increased outreach to K through 12 public schools, the overall atmosphere was one open to change.

“I don’t have answers, but I do have some questions,” Brown said.