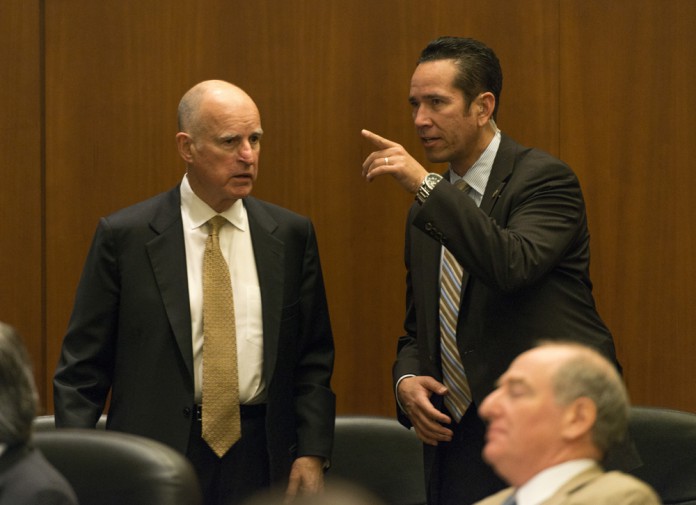 The University of California Regents discussed the implementation of the system’s new online courses at their meeting on Wednesday, Jan. 22.

Although this non-traditional method of education has drawn criticism from some, the prevailing sentiment from this discussion was one of expansion that intends to adapt to the changing needs of UC students while attempting to preserve an interactive classroom environment. The Regents emphasized that the goal with online education is not to replace the standard university course but to act as a supplement for students whose needs are not being satisfied by those offered at their particular campus.

Provost Aimée Dorr led the discussion with a detailed presentation of the rationale behind online classes, the logistics of how this system would work, and preliminary feedback from students at different UCs.

Dorr made a case for online classes by presenting the concept in terms of a more flexible academic experience that still retains UCs core values. She used the example of one student whose feedback indicated that her online Spanish course was the only way to successfully deal with extracurricular tasks as well as her academic goals.

“Spanish 3 is a requirement at UCLA; however, it is only offered every day of the week,” the student testimony read. “Because I have an internship two full days (Tuesday and Friday, 9-5), I cannot take a class every day.”

Dorr then detailed how professors have been working with the Regents to design these classes, explaining that faculty submitted proposals for online courses that would be offered on multiple campuses for multiple years.

The faculty teaching these classes, she added, would be similar to those of a traditional class environment, with both younger professors and well-established ones that have been teaching for as long as 50 years.

Dorr admitted that there remain a few issues left to resolve, such as the relatively high cost of implementing these courses, and added that working on a more realistic budget would be a priority.

Vanessa Garcia, the Associated Students External Vice President at UC San Diego, voiced similar concerns on the issue of finances, bringing up the point that future development for this project is dependent on state funding.

Garcia had other critiques during the discussion, demanding a stronger presence for arts and humanities classes and questioning how classes in these fields would even fit in an online environment.

In addition, Dorr faced criticism over the fact that, out of the 67 proposed courses, only 30 had been selected.

Her response showed strict criteria in order to meet selection, which took into account the course’s proposed use of technology, its adherence to major guidelines, its attractiveness across different campuses, and the professor’s willingness to teach it for multiple quarters.

Amid this discussion of course logistics, which included a walk-through on how to sign up, there remained the larger issue of how interactive these courses would be, if at all. This is a concern of many students, as they believe that part of the university experience is that of physically attending class.

In an interview with UC Santa Barbara Associated Students President Jonathan Abboud and External Vice President Alex Choate, the two agreed on the importance of interactivity.

Abboud, a fourth-year political science major, said, “It depends on how you do it. If you click through slides and get to the test and answer the bubbles, that degrades it. If they have a nicer way of doing it that’s hybrid and all, it could make it better.”

“The pure online [approach] with zero humans would 99 percent sure degrade our education, in my opinion,” he confirmed.

Choate, also a fourth-year, countered some of Gov. Jerry Brown’s remarks about his vision for online education.

“With Gov. Brown talking about it being 100 percent online and with no human interactions… Of all the students I’ve talked to across all the UCs, I’ve never heard one student support that kind of notion of online education,” Choate said.

Based on Dorr’s response to Brown’s stance on the issue, she seems to share the sentiment that courses should involve student-faculty interaction, whether in person or online.

Dorr stressed that the Regents want students to interact in online courses, as this is a key part of how they learn. During her explanation of why there would be still enrollment caps, she mentioned the fact that just as in a traditional course, professors can only handle so much feedback per student.

“The great majority of what you do does not have to be done at a particular time,” she said, and went on to add that students would be able to engage with faculty and would be asked to complete regular, more interactive activities.

“Online doesn’t mean no interaction,” she clarified. “But, it does mean that it’s mediated within the technical world.”