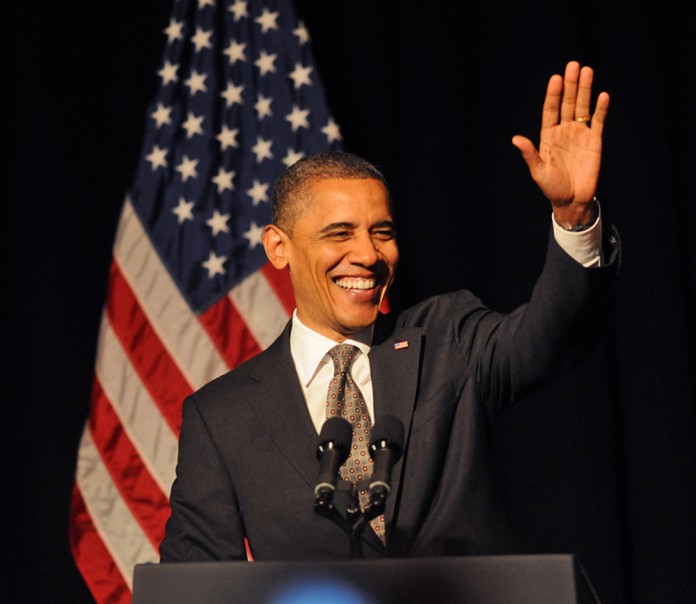 “America’s capabilities are unique,” said Obama. “And the power of new technologies means that there are fewer and fewer technical constraints on what we can do. That places a special obligation on us to ask tough questions about what we should do.”

After making several broad ideological generalizations, Obama outlined the details of the plan, which would require prior court approval each time the NSA wanted access to calling records, except in the case of emergencies.

Obama said he would limit NSA analysts’ access to phone data and ultimately move that information out of the hands of the government.

Lastly, Obama said he would require that data collected from non-Americans abroad be deleted after a certain period and be limited in use to specific security requirements. The president also reminded Americans that he had forbidden eavesdropping on the leaders of allied countries. Such spying has previously caused conflict with the leaders of Brazil and Germany.

However, Obama also defended the need for security surveillance, citing 9/11 as a transformation point for the NSA and other United States intelligence agencies.

“It is hard to overstate the transformation America’s intelligence community had to go through after 9/11,” he said. “Our agencies suddenly needed to do far more than the traditional mission of monitoring hostile powers and gathering information for policymakers.”

Obama also defended the intention of the agency.

“I maintained a healthy skepticism toward our surveillance programs after I became President,” he said. “[But] what I did not do is stop these programs wholesale — not only because I felt that they made us more secure, but also because nothing in that initial review, and nothing that I have learned since, indicated that our intelligence community has sought to violate the law or is cavalier about the civil liberties of their fellow citizens.”

According to the New York Times, many NSA critics and civil liberties advocates who are hoping for a complete overhaul of the NSA’s current practices were disappointed with the president’s proposals.

Other NSA critics will continue to push for a complete overhaul of NSA procedure, but nevertheless consider Obama’s proposals a significant milestone in the ongoing debate.

“The bottom line,” Obama concluded, “is that people around the world…should know that the United States is not spying on ordinary people who don’t threaten our national security.”