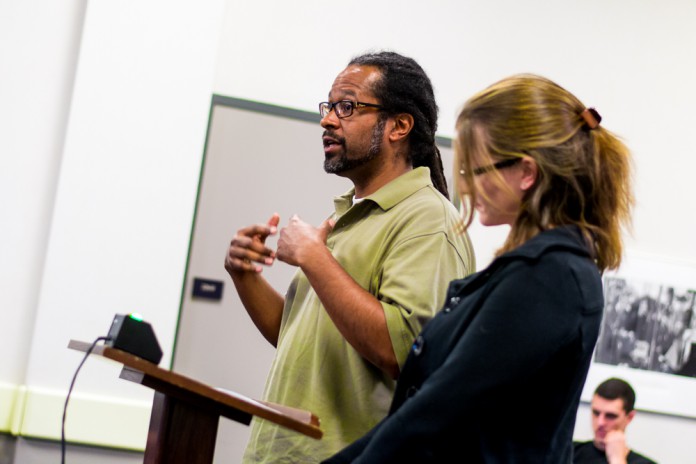 Title IX is part of the Education Amendments of 1972, and provides protection to U.S. citizens from gender-based discrimination in programs that received federal funding. This discrimination includes sexual harassment and violence, which are the concerns addressed by the resolution put forth by Off-Campus Sen. Beatrice Contreras and Collegiate Sen. Ali Guthy.

The resolution outlines several recommendations for departments such as the University of California, Santa Barbara Office of Equal Opportunity and Sexual Harassment/Title IX Compliance to improve their visibility and bolster existing educational programs about sexual harassment and assault. It furthermore suggests several reforms to increase sensitivity toward survivors, and encourages the UCSB Division of Student Affairs to adopt a more specific definition of “consent” in order to better inform and thereby protect UCSB’s student population.

“They don’t really have a detailed definition of ‘consent,’ and that’s really important,” Contreras said. “They rely on the penal code, and the penal code doesn’t really address issues like intoxication.”

One point that Contreras emphasized is the importance of sexual assault victims knowing that they can report the crimes committed against them without being punished themselves, even if they were under the influence at the time that the crimes occurred.

External Vice President of Statewide Affairs Alex Choate announced during her weekly report that the new California Master Plan called for by “A Resolution to Support the Creation of a New Master Plan for the Higher Education for the State of California,” passed by Senate in November, will be discussed at the Jan. 22-23 meeting of the University of California Regents in San Francisco.

The resolution had called for Choate and Associated Students President Jonathan Abboud to compose a letter to UC President Janet Napolitano, as well as several government officials, suggesting the formation of a committee that would draft a new Master Plan for the first time since 1960.

The letter prompted Napolitano to add discussion of the Master Plan to the conference agenda, which could be a promising first step for the plan’s advocates. According to Choate, Napolitano’s California State University and California Community College counterparts will be in attendance as well.

Senate also passed “A Resolution: Meningococcal Serogroup B Vaccine” in support of UCSB’s acquisition of Bexsero as a treatment for strain of meningitis diagnosed in four students this school year.