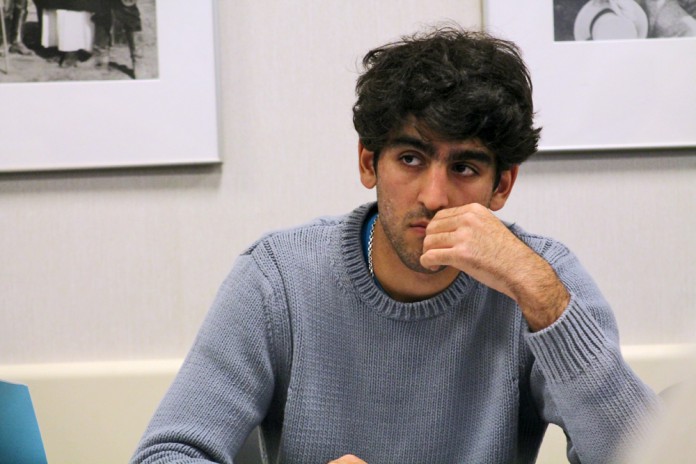 The UCSA budget dictates the specific allocation of approximately $140,000 in student fees presently allotted to the association. During Wednesday’s public forum, External Vice President of Statewide Affairs Alex Choate answered questions from the senators pertaining to the budget, which would be voted on later in the meeting. Collegiate Sen. Amir Khazaieli raised concerns about the budget’s lack of specificity.

“Oversight is going to be very hard on this budget because the line items are very vague,” Khazaieli. “They’re very vague in relation and proportion to the amount of money that’s being allocated.”

Other senators expressed concerns regarding the allocation of stipends to UCSA board members as well as the designated conference budget. During this question-and-answer session, Choate clarified that in order to have UCSA reconfigure the current allocations, one-third of the involved associations would need to vote against it. The total fees being allocated, however, would remain the same either way.

On-Campus Sen. Kimia Hashemian felt that the Senate should pass the budget, noting that the fees would be spent regardless of the vote’s outcome.

Collegiate Sen. Ali Guthy spoke on behalf of an ad hoc committee that she hopes will be able to compose a referendum that would alter the amount of student fees allocated to UCSA next year. She then put forth a motion to approve the current budget, which passed with a 15-3-2 vote.

Associate Dean of Student Life and Activities Katya Armistead gave an update on containment of the recent meningitis B outbreak that has afflicted several UC Santa Barbara students. She reported that there have been no new cases since the fourth was discovered in November, and that after a series of evaluations, the Center for Disease Control and Prevention has decided to submit an application to the Food and Drug Administration that will expedite school-wide access to the serogroup B meningococcal vaccine Bexsero, currently licensed for use in Europe, Australia, and Canada.

The vaccine was approved for use at Princeton University to control the spread of the same strain of meningitis there. It has not yet been decided what proportion of the UCSB student body will qualify as recipients of the vaccine. Armistead warns students to remain cautious despite the absence of new cases, as such outbreaks are known to persist for several months after their initial appearance.

“We continue to urge students and the campus community to be alert for symptoms of the disease and mindful of healthy habits that can help limit its spread,” Armistead said.

Other presentations that evening included police chief Dustin Olson, Chancellor Henry Yang’s executive assistant Diane O’Brien, and Associated Students Publications Coordinator Andrew Doerr. Additionally, Senate passed a handful of new bills and resolutions in support of endeavors such as the establishment of an Isla Vista community center and the development of the Student-Initiated Democratic Education program.