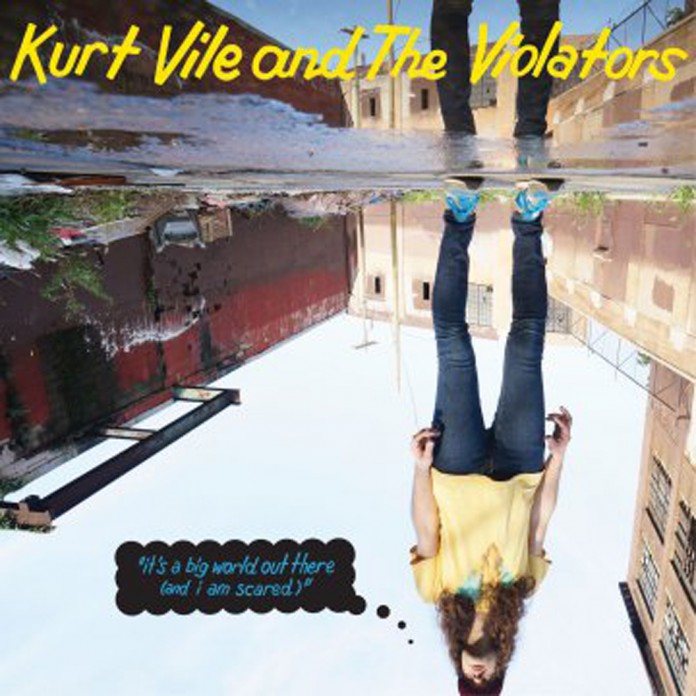 Kurt Vile and the Violators released their EP, “It’s a Big World Out There (And I Am Scared),” this past week. Former guitarist of indie-rock group The War on Drugs, Vile has found good bouts of success in his solo career toying with indie-folk rock and producing psychedelic sounds. Musingly accompanying Vile’s previously released album, “Wakin On A Pretty Daze,” this EP consists of seven spiced, psychedelic outtakes from the former album. The EP centralizes around the clear focus that Kurt Vile has devoted his prior works to: a man and his guitar. Just as before, Vile’s dexterous and boundless repertoire of instinctual guitar strumming and finger-picking contributes a meaty core to all the tracks. But this time around, Vile has found a new musical lover—the enigmatic synth.

The synth heartily revealed its presence, most notably in “Wedding Budz.” Within seconds, I heard a crunchy fusion of lax country and bluesy-rock. With some surprisingly sweet stringed twang and fuzzed synth, this sonic-touched tune was undoubtedly my favorite track. Variations of tracks on “Wakin on a Pretty Daze,” the songs “Never Run Away (String Synth),” “NRA Reprise,” and “Snowflakes Extended” also entertainingly experiment with more swirly synth builds.

Enough to tunefully distract a mind riddled with issues, “Feel My Pain” showcases some achingly-tender vocals and is generously sprinkled with gypsy-folk-esque gloom. Conversely, “The Ghost of Freddie Roach” presents some pretty classic rock vibes layered with hazy electronics, and I spent the most time thinking upon this track. This sonic song separates itself from the pack with an unusually trippy atmosphere, as subtle electronic waves interplay with heavy stringed strumming and picking. “The Ghost of Freddie Roach” is tainted and haunted with melancholy and aimless hurt.

But this disposition of mellow and almost moodless wonder describes the whole EP. Lyrics are slightly withheld, simple, and unexpected, but powerful enough for pondering. This EP does have prior attachment to Vile’s fifth album, so for the most part I wouldn’t say the tracks shine standing alone. But the music is worth opening an ear, for Vile’s funky rock sounds, tagged with light electronic play, are quite easy to get lost in. Perfect for unwinding, relaxing, and forgetting, Vile’s tunes are full of life.