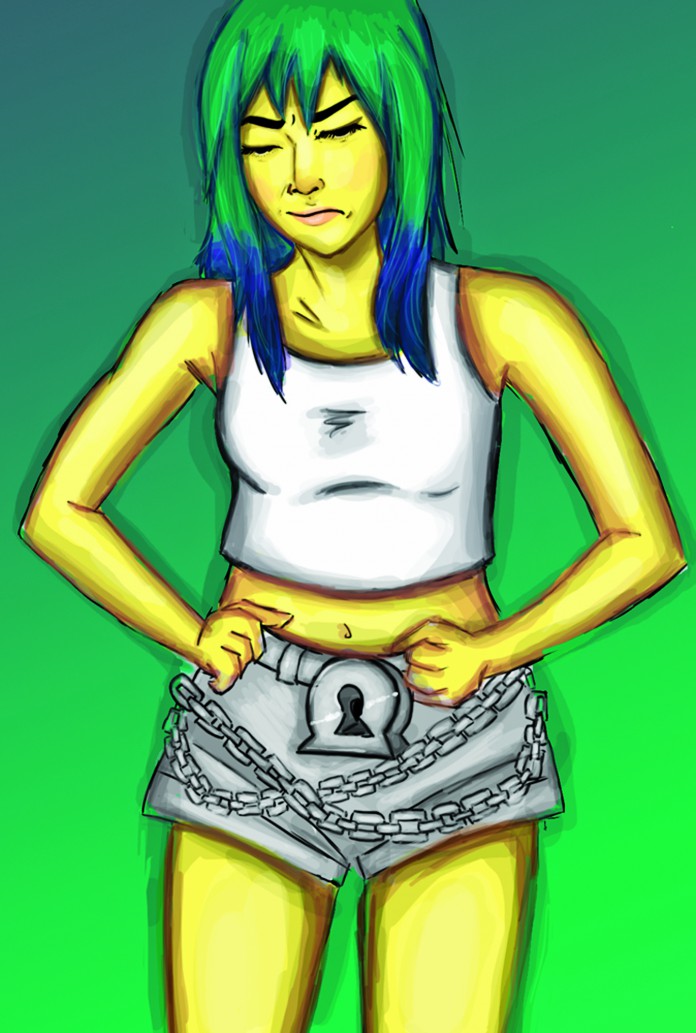 It’s no secret that rape culture has been around since the dawn of patriarchal societies. In recent times, more attention has been brought to the hugely problematic views on what constitutes rape and how victims are seen in society.

Statistics, however, have not changed, and there is still a massive problem with rape internationally as well as in the United States. Women are constantly blamed for being raped by both men and women. The fact that rape jokes are even a thing such as one that has recently gone viral on Twitter, “Why are girls so scared of rape? Y’all should feel pride that a guy risked his life in jail just to f**k you,” is a mark of how far we are from being a society that supports victims and survivors of rape. Very few women report their attacks as a result of the dissemination of the idea that women lie about trauma for attention—since all women and feminists are just hysterical, right?

In response to the very real issue of women’s safety, AR Wear has come out with anti-rape underwear. The user has a combination to release the waist band, and the thigh bands lock in place after being set by the wearer. The underwear cannot be torn or cut with either scissors or a knife, nor can the bands be shifted aside to grant any kind of access, making the underwear a fortress for genitals.

At first, this product seems like a great idea. Women do have to fear being assaulted, and how great would it be to be able to walk around Isla Vista at night, possibly intoxicated, and not fear for your own sexual safety? On second thought, however, the underwear is absolutely terrifying. The message AR Wear is sending is that women need to be so afraid of assault that they need to wear combination-locked underwear.

Furthermore, the designers cite a study done on behalf of American Association for Correctional and Forensic Psychology that indicates women who put up a struggle are less likely to endure a completed rape while not increasing the violence of the attack. The study also mentions that this does not mean there is not a violent attack still occurring; it simply states the violence of the already occurring attack will not be increased by women putting up a physical fight. The message is also faulty in that, according to PBS.org, struggling only decreases the chance of a completed rape by 50 percent. As such, women who do not put up a physical fight in a terrifying situation should not be told they should have fought back, because the avoidance strategy does not guarantee an incomplete rape attempt.

Now there is something to be said for the fact that women can feel safe from a completed rape in the underwear. There is an element of empowerment for women wearing the garment, as well as clearly defining that women are not “asking for it.” Again, though, it’s almost as if it is solely the victim’s responsibility to not be raped, rather than the attacker’s responsibility to not rape.

Finally, while extremely effective in making sure there is not a completed rape, the only way for an attacker to be deterred from raping the wearer is to assault them, render them powerless, and then realize their underwear is locked. The user is still undergoing the trauma of being seen as an object, of being humiliated in an incredibly personal way, and losing their power over their own body. In order to truly stop rape culture in America, and everywhere for that matter, there needs to be a massive paradigm shift in society. Education is at the core of changing what is acceptable. Instead of funding anti-rape wear and seminars that ineffectively teach women how not to be raped, that money should be going toward educating children on what consent is—and what it means—at their first sex-education class in elementary school with continued education on the subject throughout health classes.

AR Wear itself describes the underwear as a temporary fix; however, instead of putting Band-Aids on a deep societal wound, we need to start stitching together the torn fragments of female sexuality.