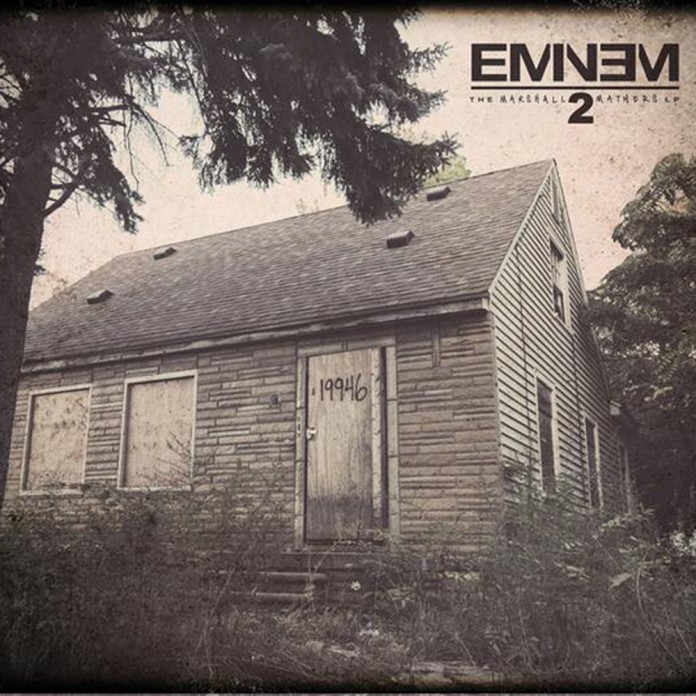 “The Marshall Mathers LP 2” is a hypnotic offering that is classic Eminem. With his trademark slick rhymes and powerful rhythms, Eminem deftly balances moments of comedy with lyricism. This latest album, which is Eminem’s eighth, is a sequel to his third studio album, “The Marshall Mathers LP,” and it has been one of the most anticipated albums of 2013.

Marshall Mathers III, better known by his stage name Eminem and his alter ego Slim Shady, is one of the world’s best-selling music artists. Eminem, who exploded into popularity in the early 2000s, was ranked by Rolling Stone magazine as 82nd on its list of the 100 Greatest Artists of All Time; the magazine also declared him the King of Hip Hop.

With “The Marshall Mathers LP 2,” Eminem continues his legacy. The songs on this album features artists Rihanna, Kendrick Lamar, fun.’s Nate Ruess, and frequent collaborator Skylar Grey in his songs. Themes similar to those found in previous albums, such as family and heartbreak, resonate throughout the LP.

In “Bad Guy,” Eminem opens his album with a continuation of the compelling tale begun with his hit “Stan.” This time, Eminem raps about Stan’s bitter brother, Matthew Mitchell. He skillfully shifts his pitch and cadence from perspective to perspective, creating a compelling song that is one of the best of the album.

“Survival” is currently a top 20 single on the Hot 100. Punctuated by electric guitar riffs, the song is a brashly confident assessment of Eminem’s abilities.

“They said I was washed up and got a blood bath / I’m not a rapper; I’m an adapter / I can adjust / Plus I can just walk up to a mic and just bust,” he boasts in the catchy single.

Another top 20 single, “Berserk,” is perhaps one of the weakest songs of the album. Rock riffs, which were well integrated in “Survival,” seem dissonant and repetitive here. Constant vinyl scratches grate on the ears, while references to K-Fed, Britney Spears’ ex-boyfriend, feel dated. Though “Berserk” has an incredible, frenetic energy, it lacks the cohesion of the rest of the album.

“The Marshall Mathers LP 2,” overall, is an excellent offering on level with some of his best albums. Two points removed for “Berserk.”