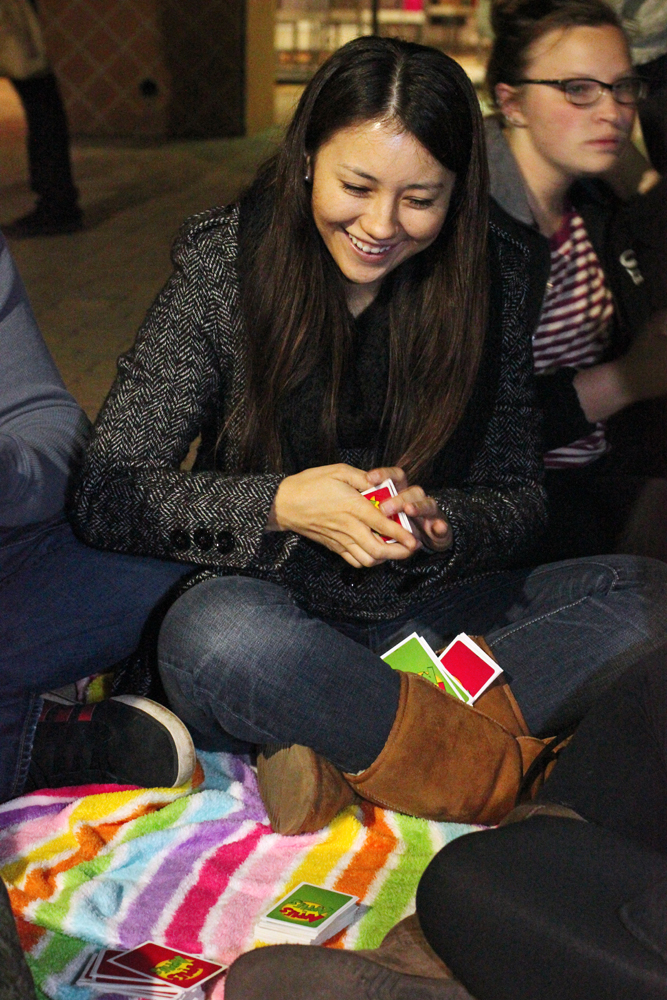 “The Hunger Games: Catching Fire” opened last weekend on Nov. 22, taking in a staggering $161.1 million in the United States’ box office. According to Entertainment Weekly, only three films have ever had a more successful opening: “Iron Man 3,” “Harry Potter and the Deathly Hallows Part 2,” and “The Avengers.” Catching Fire is certified fresh on rottentomatoes.com with a rating of 89% from critics.

“Catching Fire” takes the thought-provoking themes and images from the first film and explores them even more deeply, providing an incredibly watchable and entertaining film that is superior to its predecessor. In a move that will please fans of the book, the film stayed very true to its source material—no doubt because of author Suzanne Collins’ involvement with the writing team for the film—unlike the first film, which took many more liberties with plot points. All of the actors in the film, from those playing the smallest parts to the main characters, are believable and sympathetic.

After an establishing shot of the overcast forests of District 12, the audience is introduced to Katniss Everdeen (Jennifer Lawrence). She crouches in the forest doing what she does best: hunting with her bow and arrows. The it-girl actress is soon joined by actor Liam Hemsworth in the role of Gale Hawthorne, Katniss’ best friend with whom she has a complicated relationship.

The two characters reside in District 12, a coal-mining district in a dystopian future where two children from each district must compete in an annual Hunger Games, a reality-show-style killing spree. The Hunger Games are watched by both the citizens of the Capitol, who do not participate in the Games, and the districts, who are being punished for their prior rebellions.

In a move that smacked of defiance, Katniss won last year’s Hunger Games, along with other District 12 tribute Peeta Mellark (Josh Hutcherson). The two tributes were never intended to win, which leads to the premise of the second film: because of Katniss’ dissent, the previous winners from all years of the Hunger Games must become tributes once more.

The second installment of the series almost entirely fixed the problems found with the first film. Some of these positive changes may be due to Lionsgate switching the director and some writers as well as funneling in a budget of $130 million, one nearly twice as large as that of the first movie. In a move that would relieve many audience members, the irritating shaky cam of the first film is not at all evident in the second film. Additionally, the second film is almost entirely true to the book. Any small changes made in the adaptation from text to film did not detract from my enjoyment of the film in any way, unlike the off-putting major changes in the first film. Though the film was over two and a half hours long in order to accommodate the lengthy novel, I never lost interest.

The only portion of the film that did not meet my approval was the ending. The makers of the film decided to conclude “Catching Fire” with a heart-wrenching cliffhanger, which felt like a cheap trick to get people excited for the next installment of the trilogy, “The Hunger Games: Mockingjay,” which is scheduled to come out in 2014.