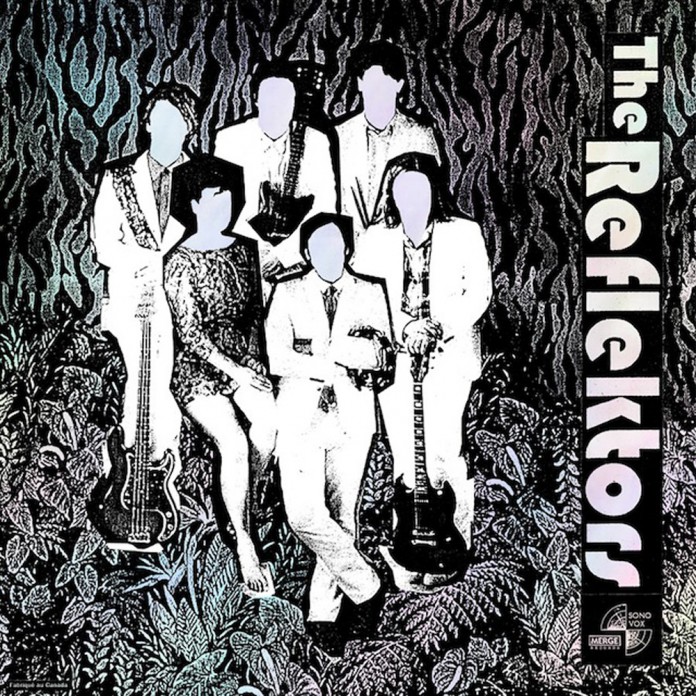 For those who have followed the musical arc of Arcade Fire, their newest double album “Reflektor” is a shocker. The difference between this work and their previous ones is immediate and startling, but if you can get past that initial surprise, “Reflektor” is a transcendentally bizarre and spooky album that will one day be regarded as one of the great iconoclastic rock records of our time.

Most people, myself included, probably think of Arcade Fire as the playful indie folk band whose instruments’ names sound like they’d make more sense in a Dr. Seuss book than a band that somehow made it into the mainstream. In 2011, their album “The Suburbs” won a Grammy for Album of the Year, and Arcade Fire inspired the commercial resurgence of their genre. But the nostalgic airiness of “The Suburbs” is strikingly absent in “Reflektor,” and their latest album has a captivating descent into a musical—and emotional—underworld in its stead.

With the album’s narrative loosely stemming from the Greek tragedy of Orpheus, who ventured to the underworld to bring back his wife Eurydice through song, Arcade Fire deals with death, alienation, and loss like never before. The title track perfectly introduces the album, as it shocks the listener with its jarring blend of rock, funk-inspired electronic music, and entrancing Caribbean beat, inspiring with lyrics such as “If this is heaven, I don’t know what it’s for. If I can’t find you there, I don’t care.”

The following tracks “We Exist,” and “Here Comes the Night Time” also demonstrate a more existentialist bent that the previously cocksure Arcade Fire has never displayed. Rather than romanticizing, “Reflektor” is more raw and emotional than anything they have done before, with frontman Win Butler singing every emotive lyric as if his life, and that of his love, depends on it.

The rawness extends beyond the lyrics and subject matter, as the production of the album (co-produced by LCD Sound System’s James Murphy) reflects a desire to be professionally un-polished. With that comes a certain endearing liveness that feels as if every song is a private concert just for you—complete with all the feedback, echoes, and track introductions that one would expect in the front row of a concert—contributing to a deep emotional connection.

The second half of the double album features a more cosmic and electronic approach to the medium, and despite Arcade Fire having little history with this style, they aptly blend it into their own unique musicality by including Régine Chassagne’s airy harmonies and orchestral accompaniments, creating a convergence of their own style with distinctly distant sounds. It is of this that the cutting companion pieces “Awful Sound (Oh Eurydice)” and “It’s Never Over (Oh Orpheus),” as well as “Afterlife,” complete the narrative of two forever star-crossed lovers with beautiful sorrow.

While this album might not soften the hearts of Hades and Persephone, it will do so for you and I. The album haunts with its emotionality and complexity. As the story of Orpheus and Eurydice teaches us to look forward and inward rather than back, Arcade Fire’s “Reflektor” forces us to feel alongside them and look forward—and inward—to a new experience of music.