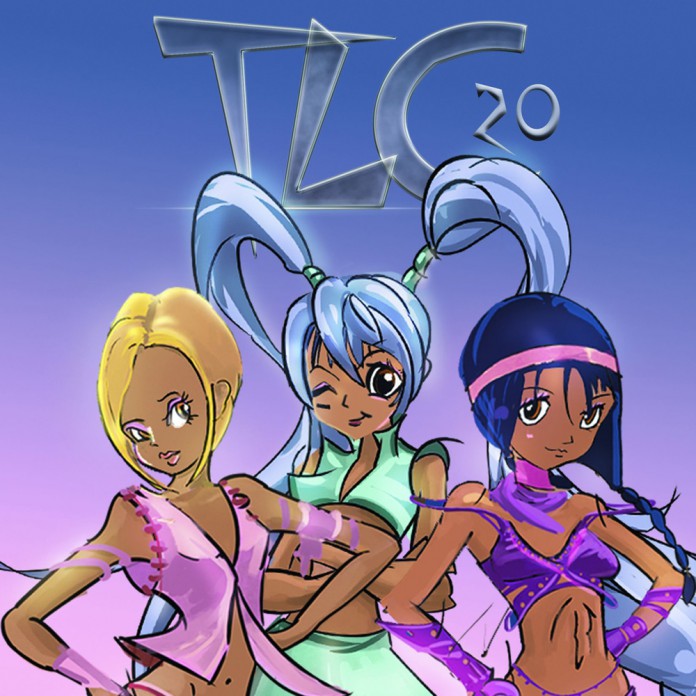 “TLC Meant To Be,” goes the trademark chant of a girl group known as TLC. With the release of their greatest hits album, “20,” TLC has come to a full circle after 20 years. Reincarnating the work that brought this girl group to great heights in the 90s and early 2000s, “20” paves the way for more music soon to come.

TLC is composed of 3 women: Tionne Watkins (T-boz), Lisa Lopez (Left Eye), and Rozanda Thomas (Chilli). In an era rampant with boy and girl groups, TLC had a unique sound and look; they weren’t just any ordinary girl group. Their music was a pioneering blend of rap and R&B, and they wrote about difficult subjects that many shied away from. Their lyrics held powerful messages of safe sex, female empowerment, and playful feminism. With catchy beats and compelling lyrics, TLC also targeted self-esteem, morals, integrity, and character, all wrapped up in a catchy tune that could make anyone want to dance.

“20” has a track list of 14 songs, including their first recorded single, “Ain’t 2 proud 2 beg,” as well as chart-toppers “Creep,” “Waterfalls,” “No Scrubs,” and “Unpretty.” The album also includes TLC’s new feel-good single, “Meant To Be,” a song reflecting on the closeness of the group and how they grew up together. The lyrics reveal a deeper message of the love T-boz and Chilli have for their lost sister Left Eye, who passed away from a car accident in 2002.

There is an evident album structure, as “20” starts out with TLC’s first single, carries on with their hits, and ends with their latest single. The first couple of songs are bangers,  and the fun, energetic beats make you want to dance. Halfway through the album, the songs become lighter and more laid back with R&B feel jams, and as the album closes out, the powerful songs are even slower. Finally, the album finishes with “Meant To Be.”

Overall, the album is a good compilation of the best work TLC put out into the world. Although there is only one new track amid the songs we have all heard before, that doesn’t take away from the fact that these were the best works of the group. “20” pays homage not only their 20-year legacy but also to Left Eye, and all the tracks that were selected, as well as the newest addition, melt together perfectly. TLC’s album “20” solidifies their legacy and prepares the world for what they’re about to do, as they plan on releasing a new album in 2014.